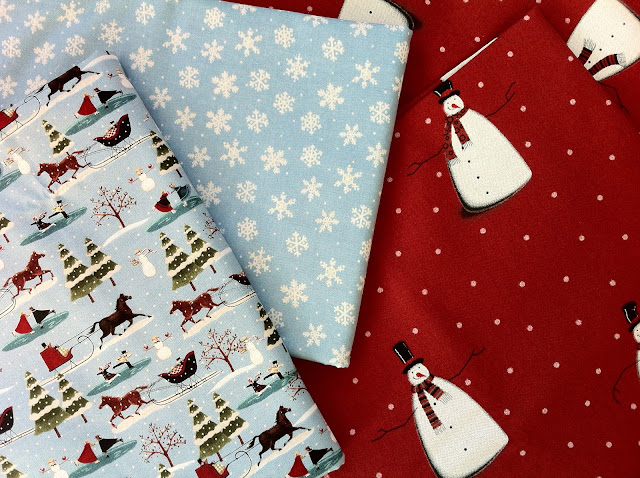 It's got to that happy time of year again when I begin to think about making Christmas presents for friends and family. Near enough to Christmas to feel a little fabric-purchasing and pencilling in of plans is in order but not near enough to feel under too much pressure from the limited amount of time available to execute any of said projects. I love making things to give at Christmas - just so much nicer than buying stuff and although making gifts is not free, you don't have to spend vast sums of money to get the raw materials from which to conjure up some really nice things. The trick is always to try and find something to make that is not only nice but will also be useful. (No apple or spud cosies, Mrs T!) I try not to give things that are in the totally useless category because if the recipient isn't as into homemade stuff as me, it can fall rather flat. So the annual challenge is to find things that are relatively simple and quick to make, attractive and also useful. 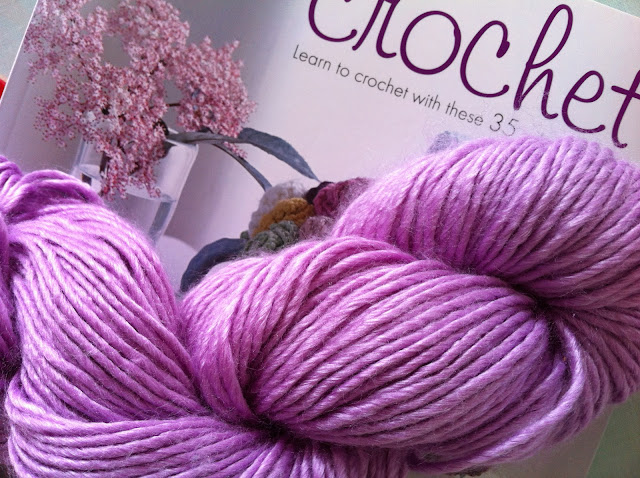 What to make? My ideas, so far, include the following:

Some patchwork blank book covers, made out of Liberty fabric scraps, like one I made back in the summer. I've done the patchwork - it just needs sewing into book covers. 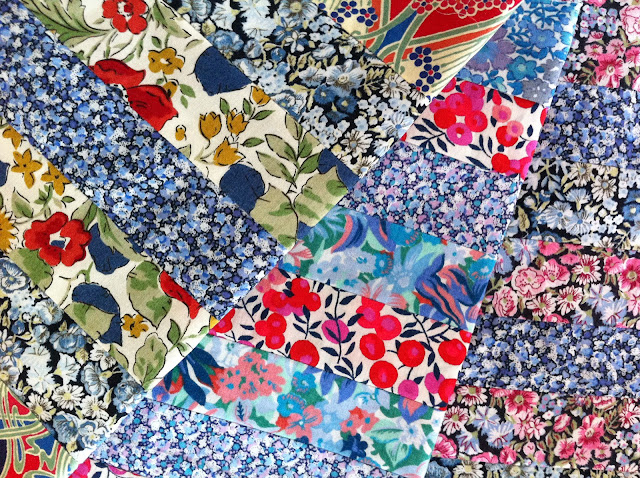 A crochet purse or two, lined in pretty fabric, using the pattern in Nicki Trench's book "Cute And Easy Crochet" as a starting point. The pattern, as given, seemed to come out rather small - big enough for a lipstick or a few coins but not much more - so I've adapted it and made a couple of prototype, bigger ones which I think would be more versatile for the user - lipstick and coins! Or for crochet hooks or sewing things perhaps, or even pens and pencils. 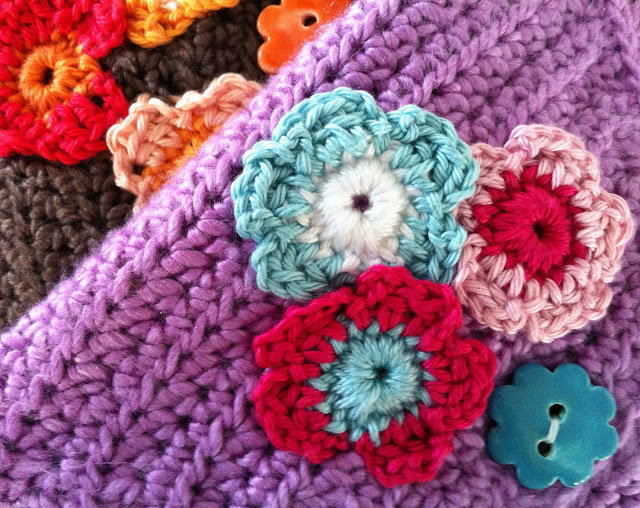 Nicki Trench's book also has a pattern for making soft, crocheted balls. I adapted the pattern (again!) - do you ever just follow instructions as they are given, Mrs T?! - and made a trio of these in bright colours and different sizes for a friend's new baby. 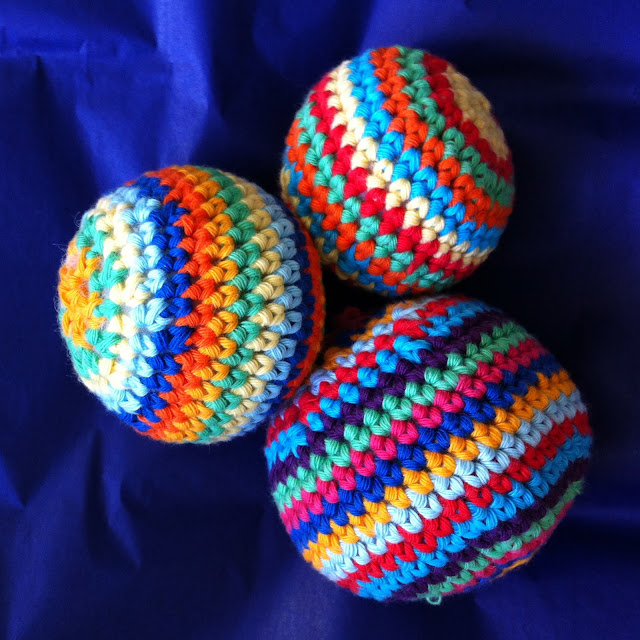 The pattern could easily convert from baby playthings to Christmas tree decorations, methinks!

Some pyjama trousers for H (and may be his cousins of similar age, if I crack on with it) in wild and wacky fabrics - not my own idea this one, Angela's daughter made these last Christmas for her older brothers and Angela posted about them here back in January. I think it's a brilliant idea and I've kept it at the back of my mind ever since. It's no longer easy to make anything that is acceptable to H, now that he's a teenager but pyjama trousers offer a less restricted canvas of limitation than any other garment.

Thanks to Angela's expert advice, they will have pockets, even though the pattern did not originally allow for pockets. They are needed however, for the stowage of usual teenage loot - headphones, coins, chocolate and that note that was supposed to go into school three months ago and H swore blind I'd never given him! And as pyjamas seem to be the garment of choice over anything else at home, at least they will be worn!

I'm intending to dye some plain white T-shirts to go with them. The fabrics I've chosen are certainly eye-catching and, as I said to Angela, not the kind of thing you want to confront first thing in the morning, if you are feeling fragile! 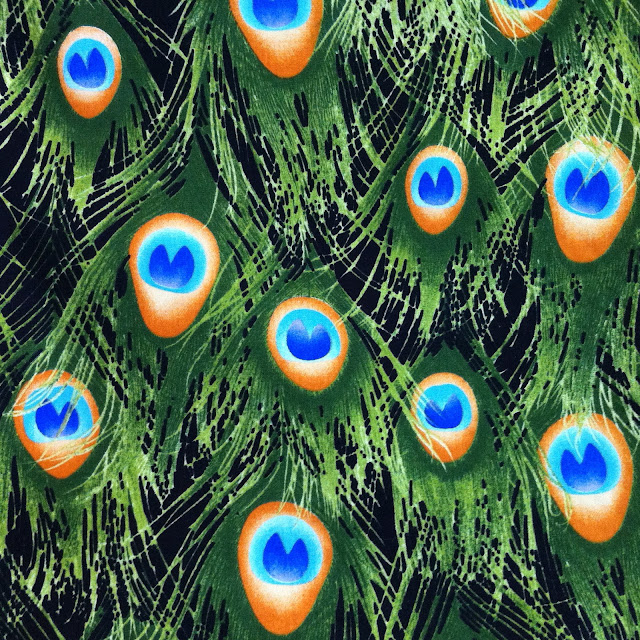 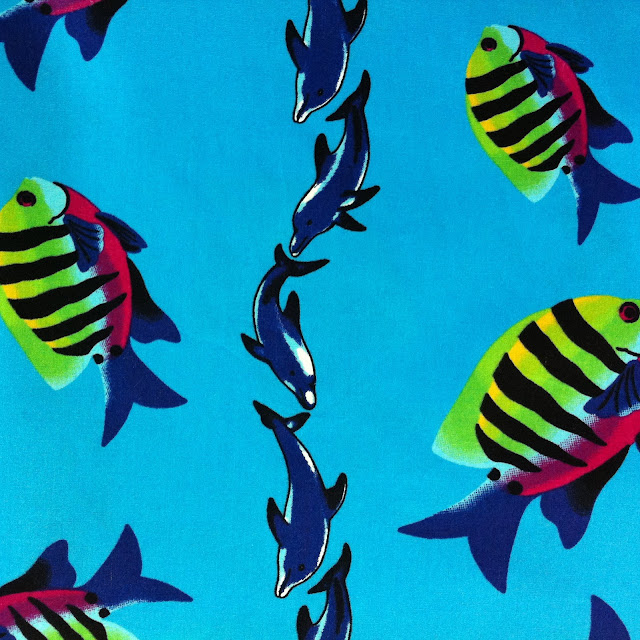 You see what I mean?! Lucky perhaps that H tends not to rise much before midday in the holidays! They were purchased for next to nothing, from an unassuming fabric shop, that turned out to be a real Aladdin's cave of goodies. I discovered it unexpectedly, in a slightly seedy back street, behind the main shopping centre in Reading and I will be going back. I could hardly believe these fabrics cost only £3.95 per metre so the cost of each pair is under £10 - pretty nifty purchasing, for a change, Mrs T!

The pyjamas are already in production, although not finished. They have not been totally straightforward. Sewing trousers of any kind is a perilous business, in my book. To begin with, identifying a suitable pattern was not easy and leaving on one side the pocket issue, once cut, they were heading to come out very baggy. I know one wants pyjamas to be loose, but there's loose and then there's enough fabric to hoist sail for the Bahamas! H is that age when children's patterns / sizes are inadequate but adult men's sizing is a little on the large side, especially breadth-wise. I've made the Small size from the unisex pattern and altered the legs to make them, not just narrower, but longer, as H is now easily pushing 6' and I don't want the Simple Simon look with the trousers finishing half way down his calf!

(It's safe to post my plans, by the way, this week because H is safely away in Greece on a week's school Classics trip of which I am frankly envious! He's in Athens today exploring the Agora and Acropolis in temperatures of around 26-27℃, lucky thing!)

But I digress. What else? A couple of Christmas / winter aprons. A quandrary here re fabric choice. While people are happy to potter round the kitchen in December or early January, decked out in a pinnie covered with snowmen, reindeer, holly or what-have-you, I wonder whether these motifs may be a bit limiting and not work so well, come the later days of February? On the other hand, it's nice to do Christmas cooking in a specifically Christmassy apron. What do you think?

Crocheted fingerless gloves - although these can be tricky if you don't know the correct hand size I've found.

A bit of patchwork, made from my fabric scrap stash, to be turned into something useful such as a bag or cushion cover. 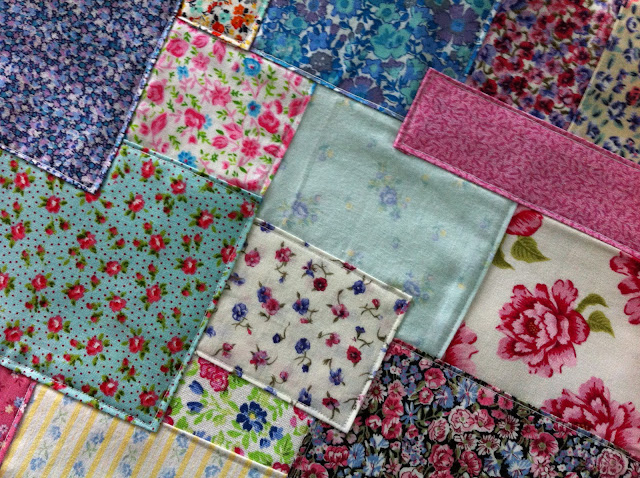 Or even a Christmas stocking if I can think of a suitable recipient who doesn't already have one. I've already made a stocking for most of my nearest and dearest.

I also love the idea of a patchwork Christmassy / wintry lap quilt but this may be a bit ambitious as my patchwork tends to be very simple and my sewing machine does not have the requisite "walking foot" for proper quilting. If anyone has a patent, simple pattern they can point me to I'd love to look it up and see whether I could manage it - I discovered in my fabric stash lots of little bits and pieces of Christmassy fabric left over from various projects that I've squirrelled away over the years which it would be nice (and frugal to boot) to use up in something like this.

If I had more time I'd consider knitting another very simple scarf like the one I made earlier in the year but I know my limitations so this may be a tad ambitious, given the time available.

Not  a bad start but if anyone has got any additional / alternative suggestions to add, I'd love to hear them, if you're willing to share. Of course, if inspiration fails, there's always the mug cosy!

Posted by Thomasina Tittlemouse at 17:14