Leaves On My Lines

Autumn has arrived and just as every autumn, British trains get delayed or cancelled because there are "leaves on the line" I am finding myself getting behind with, (or on), stuff in various ways. Rather a lot of leaves seem to have come down on my lines, figuratively speaking, if I can put it like that.

1 Falling behind with blogging. Writing and reading / commenting. I worry about this. Not the writing so much, as the reading and commenting on others' blogs which I am struggling to find time to do as assiduously as I would like. For this I can only apologise. I honestly don't know how those who operate Facebook, Twitter and Instagram, as well as a blog, find the time to do it all. Perhaps I am just inefficient about how I use my time.

2 I have also fallen behind on all sorts of work-related things, courtesy of a 'fluey bug that has laid me out for ten days or so. I am not a very patient patient so it is good for me to be stopped in (or on) my tracks occasionally just to remind myself of how much I usually take for granted but I now seem to have a lot to catch up on which is in itself stressful and making me feel bogged down in the equivalent of soggy, leaf mulch.

3 Falling behind on various crafty ideas I'd planned to get ahead with in September although I am  making progress on a new, seasonally-cosy, hooky project. This was designed to use up my stash but seems to have required me to buy several repeats of colours I wanted to use but didn't have enough of. A frustratingly common problem, I find, every time I think I'll start something stash-busting. That aside, I'm rather pleased with it. For once, it's my own pattern. More details, in due course, hopefully. 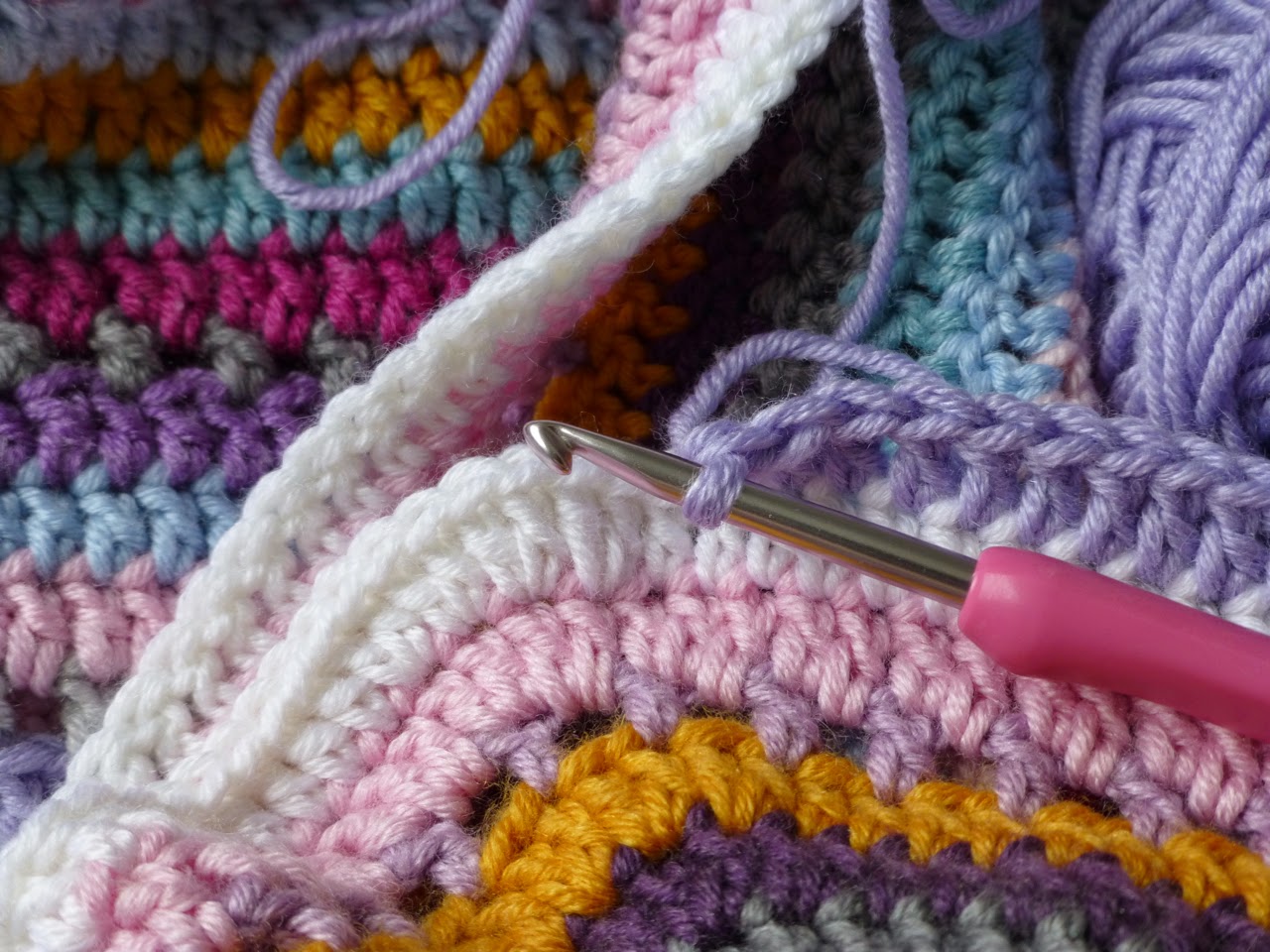 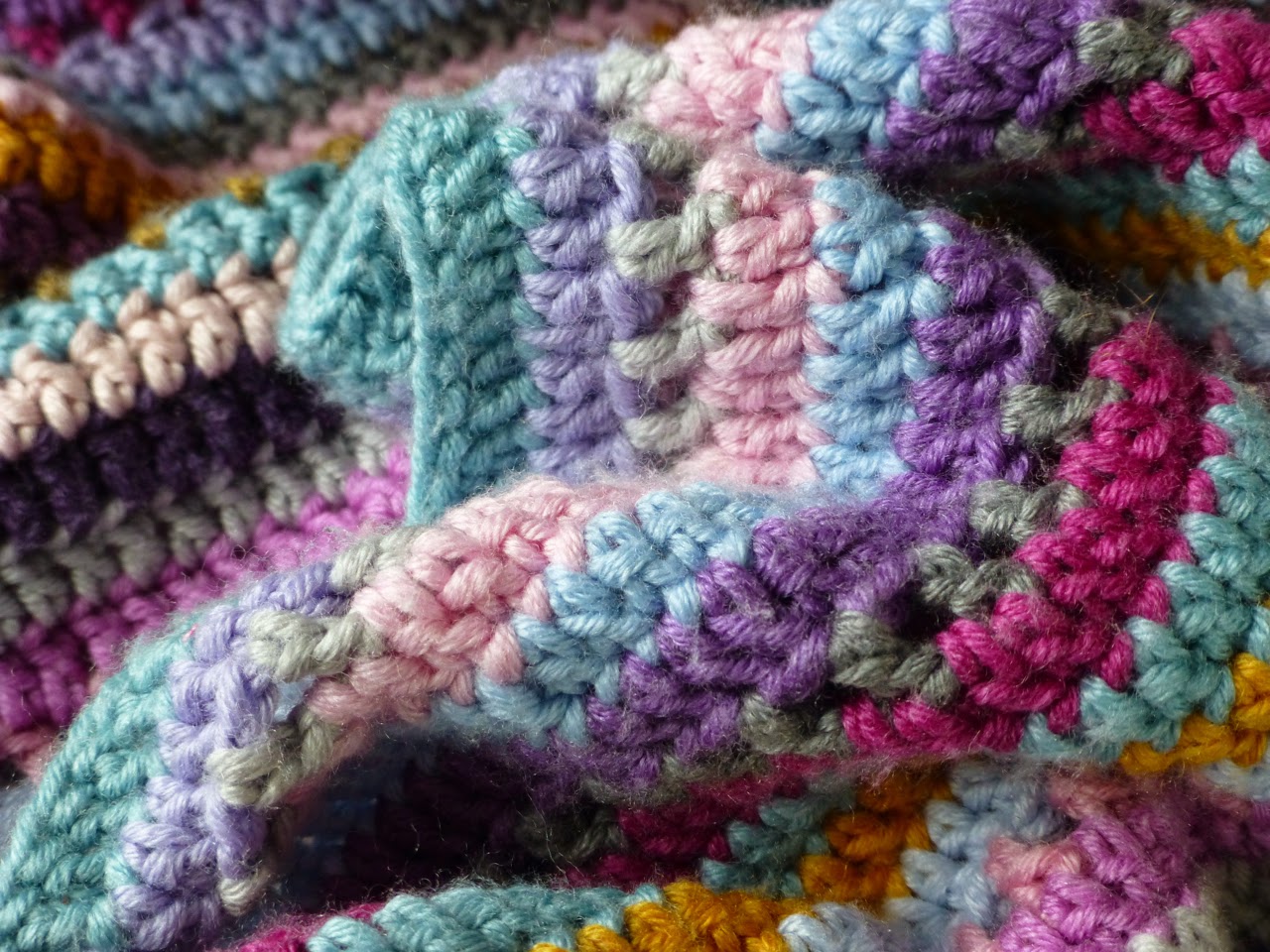 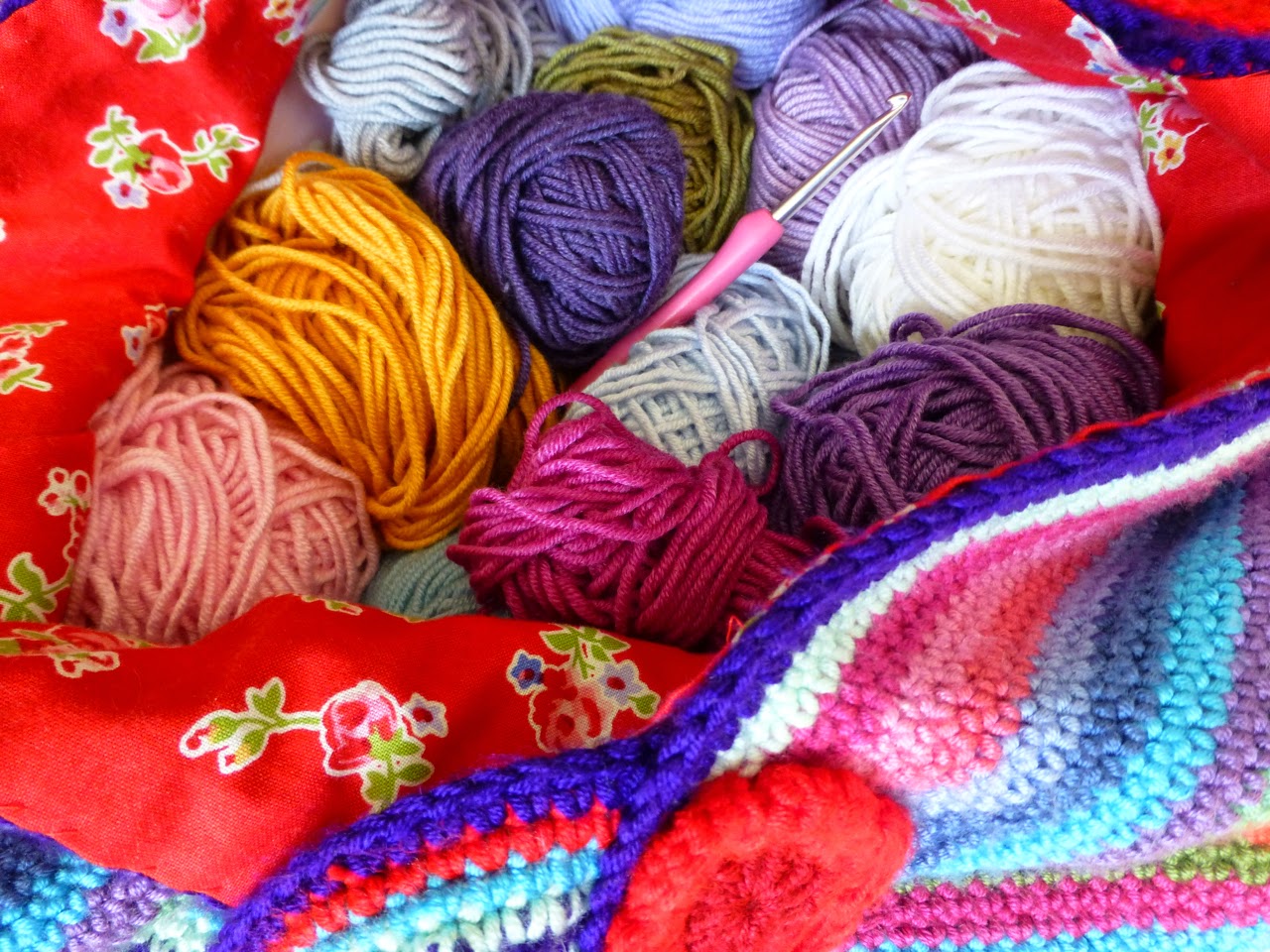 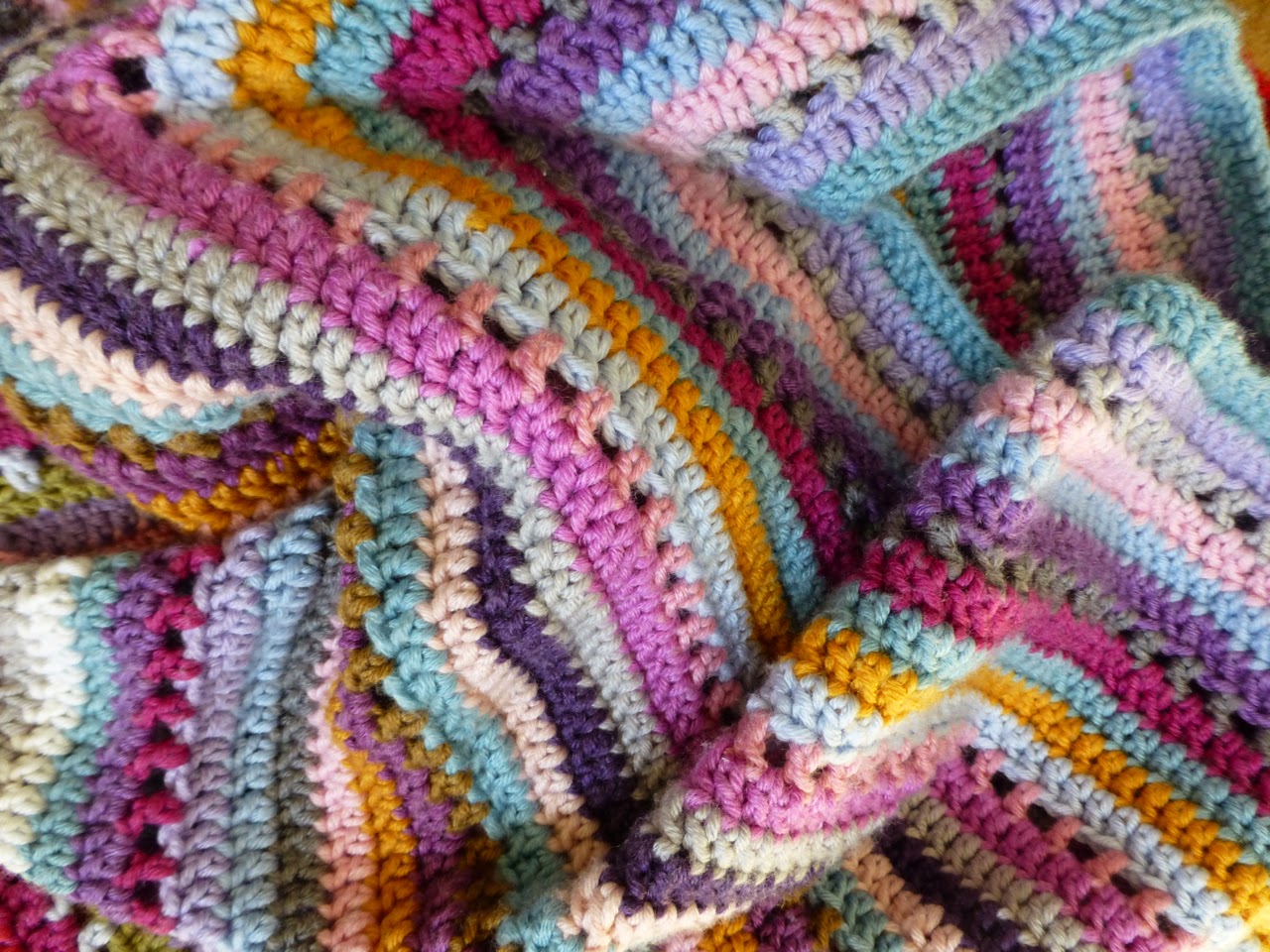 4 Falling, not so much behind, as back, on archetypical autumn food - in other words a lot of pumpkin.

Roasted Pumpkin and Aubergine Soup With Cumin - deeelicious, quite frankly! 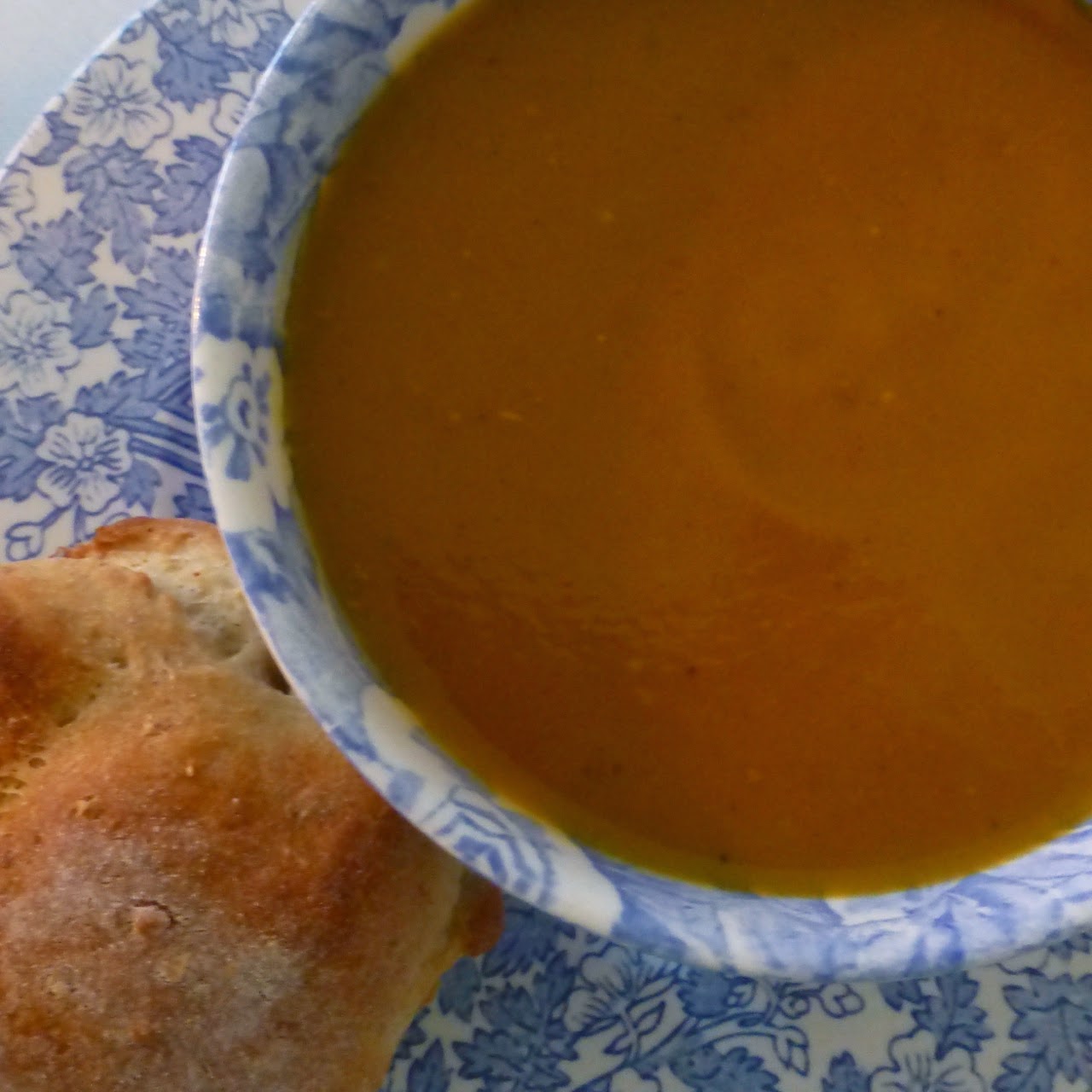 The recipe, if you want to give it a whirl yourself, is as follows:

Hack a small pumpkin, (by which. I mean one weighing around 3 lb / 1.5 kg) into wedges with a large, heavy knife. Be careful while doing this  - it's easy to get the knife stuck like Excalibur in the pumpkin flesh and, in the absence of King Arthur's strong arm, it can be devilish hard to extract it again without risking injury. Once you've got the pumpkin hacked into wedges  - about 8 - switch to a smaller short-bladed knife and cut out and discard all the woolly fibres and seeds from the core of each wedge. Trim off the stalk ends of 2 aubergines and split them in half lengthways. 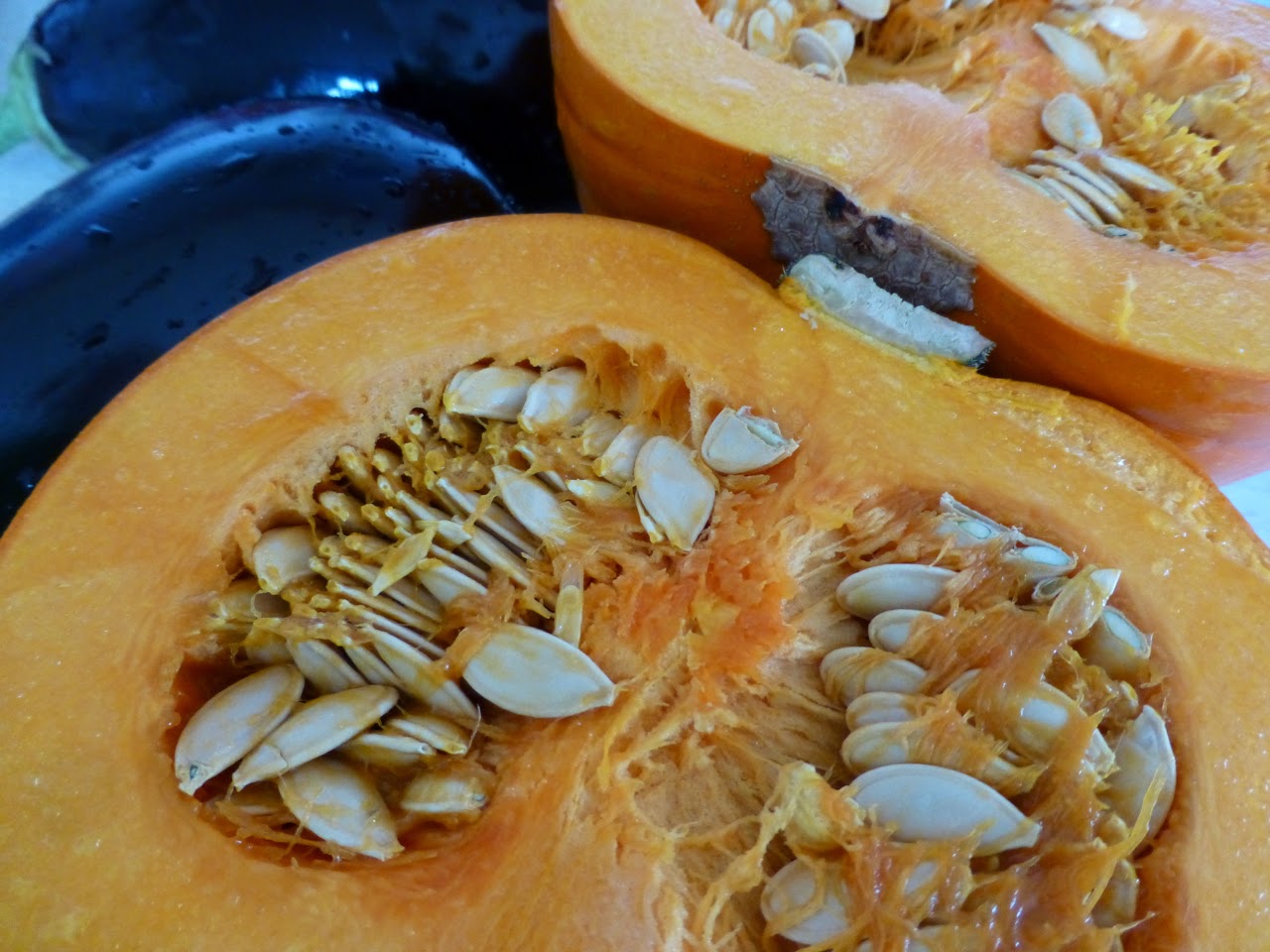 Put all the vegetables, skin-side down in a roasting tin and roast for about an hour at 200 C until they look like this. No, you don't need to add any oil. I don't anyway. 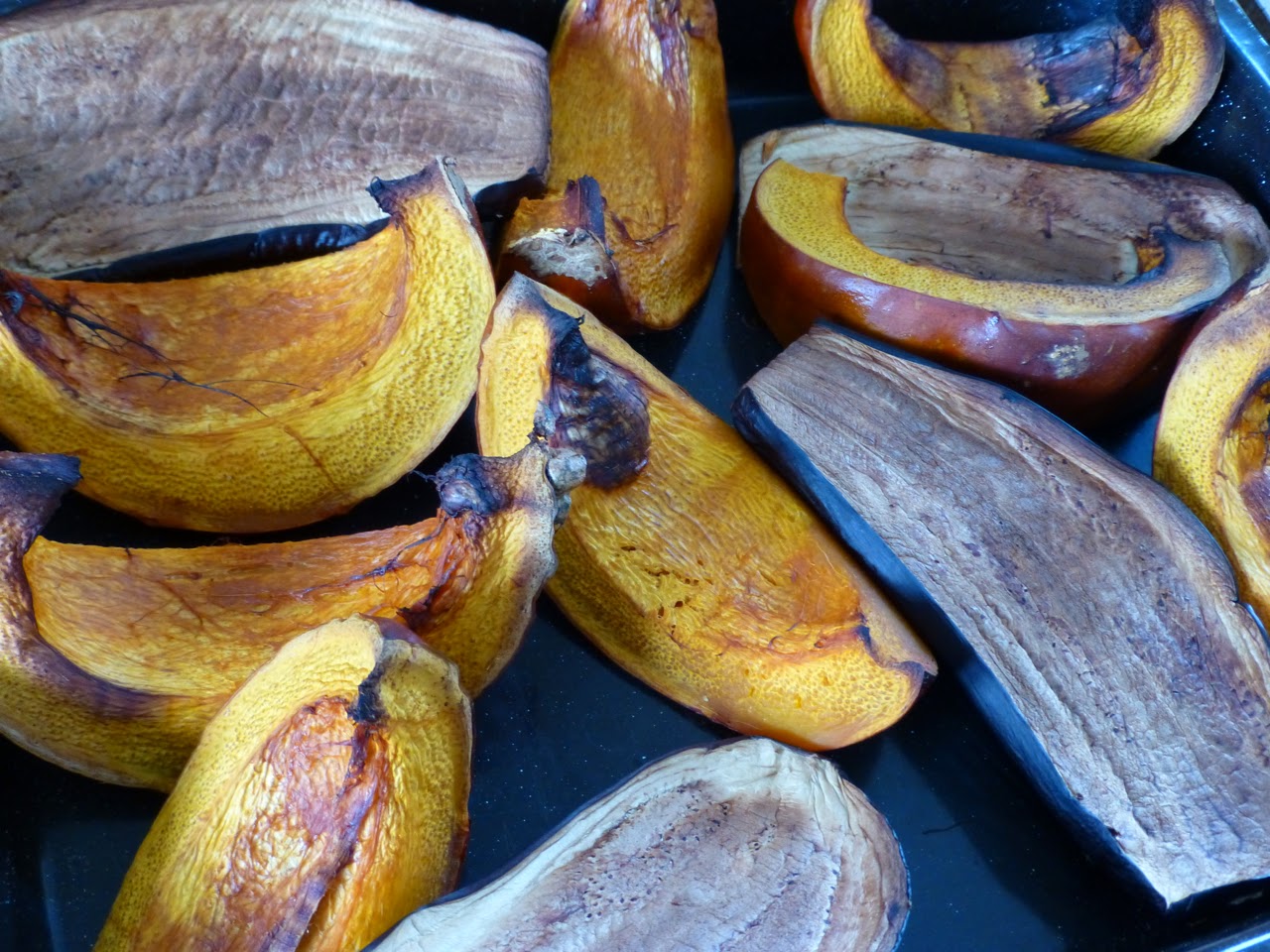 While that's going on, toast a teaspoonful of cumin seeds in a small pan and when they begin to sing and pop, remove from the heat and tip into a mortar and crush to an aromatic spicy powder. 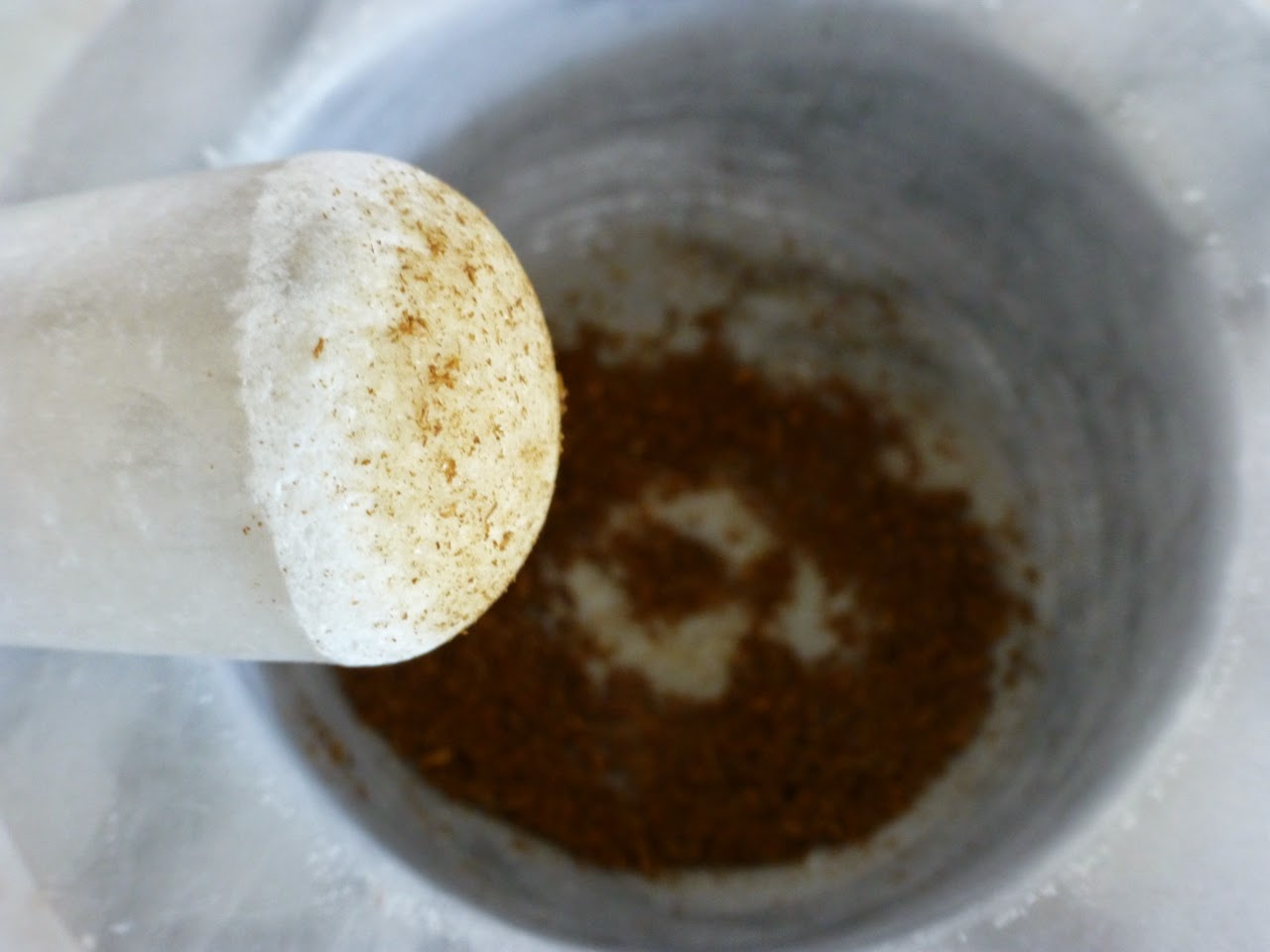 Peel and chop an onion and cook it in a spoonful of olive oil until beginning to soften. Add the pounded cumin seeds, about 2 tsps salt and about 2 pts / 1 litre of water and cook the onion until completely soft. (I do this in my pressure cooker because it's so quick - a few minutes as opposed to 20 or so).

When the roasting vegetables are ready, remove from the oven and allow to cool a bit. Then scoop out all the beautifully soft, melting flesh from the skins with a spoon and add to the onion pan. Discard the skins. Add some black pepper. Stir everything together and heat through, then whizz to a thick, fulvous purée in a blender. You may need to add some extra water to thin it a bit, if it's really thick but not too much - it should be thick and cosy not thin and floaty.

The addition of the aubergine gives the soup a wonderfully velvety texture that pumpkin doesn't have on its own, while the cumin adds a subtle spiciness, without being over the top. If you prefer things spicier, you could use a bit more cumin or "knock yourself out" as they say, and toast and grind some coriander seeds to add in as well, or add a bit of grated, peeled, fresh, root ginger for added aromatic heat.

Spiced Pumpkin Muffins - I love these (and my autumn plates that are now enjoying their annual outing). You can find my recipe for the muffins here - scroll down past the slippers! 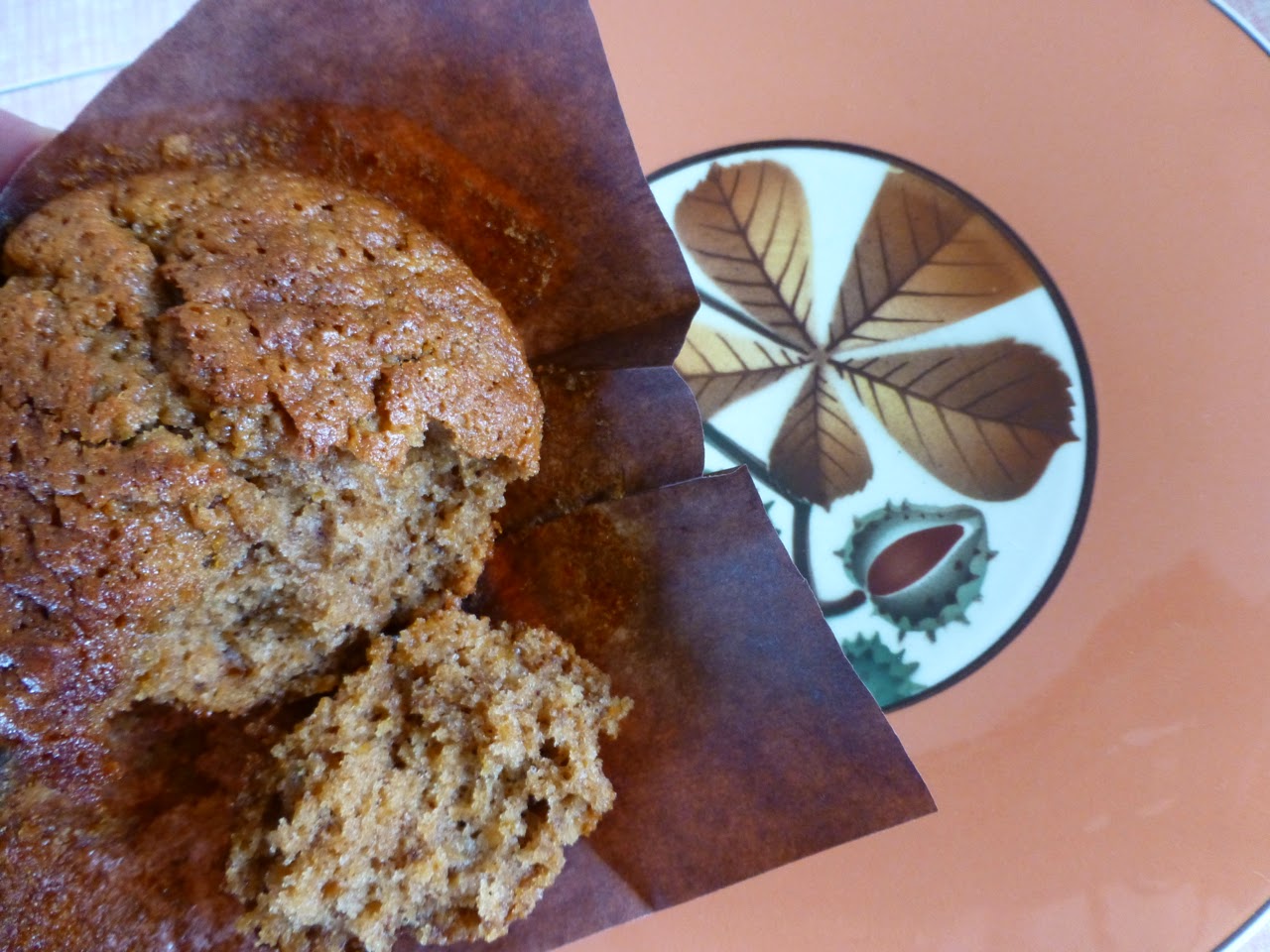 Pumpkin Cheesecake - I know this is a heresy but I don't much care for Pumpkin Pie. Pumpkin Cheesecake, on the other hand, is a different matter - all the traditional pumpkin spices mixed with roasted pumpkin flesh in a creamy, baked cheesecake. I ate this once at a Thanksgiving party given by an American neighbour in London and she kindly gave me a recipe which I've tweaked a bit over the years. It's lighter than a classic baked cheesecake - less sweet and less rich as a result of lightening the cream cheese and eggs with the puréed pumpkin flesh. It might not quite qualify as "healthy" but it's heading that way! 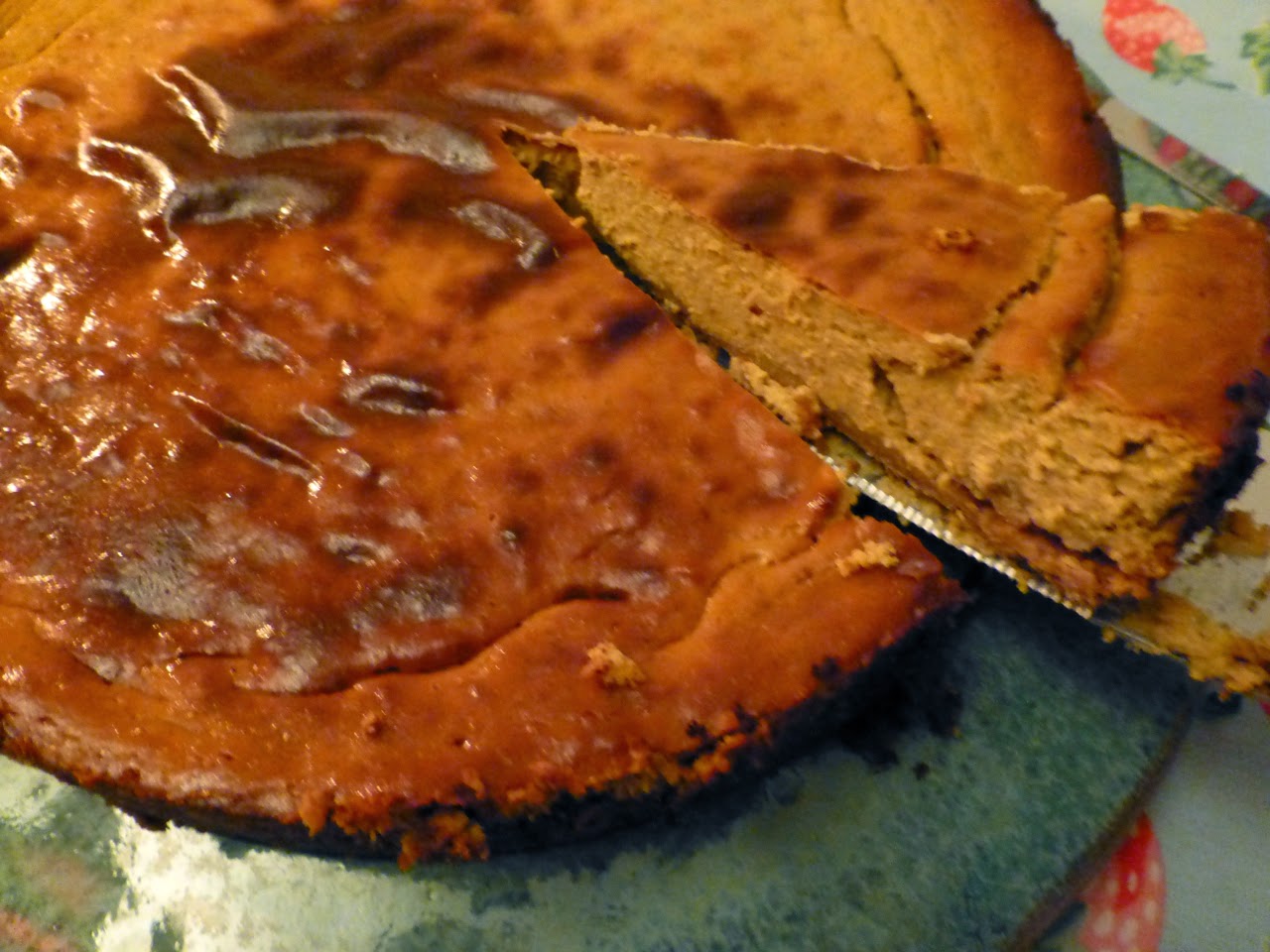 What do you mean, you'd like something other than pumpkin to eat? It's October!

5 Falling behind with keeping an optimistic outlook on the world and finding I am worrying about anything and everything, both on a macro level and a micro one. Worrying doesn't improve any of it, of course, but I can't seem to help myself.

Despite the leaves that seem recently to have accumulated on my lines, I do love this time of year - the patterns of tawny, autumn light on greeny-gold leaves turning to bronze and the fall colours of the hedgerows. So while I wait for my wheels to free up a bit, I am trying to hang on to the unchanging changing of the seasons as an anchor in what seems to me sometimes, especially when I hear the news, a bewildering, crazy and hostile world that's travelling at a pace I just can't keep up with. 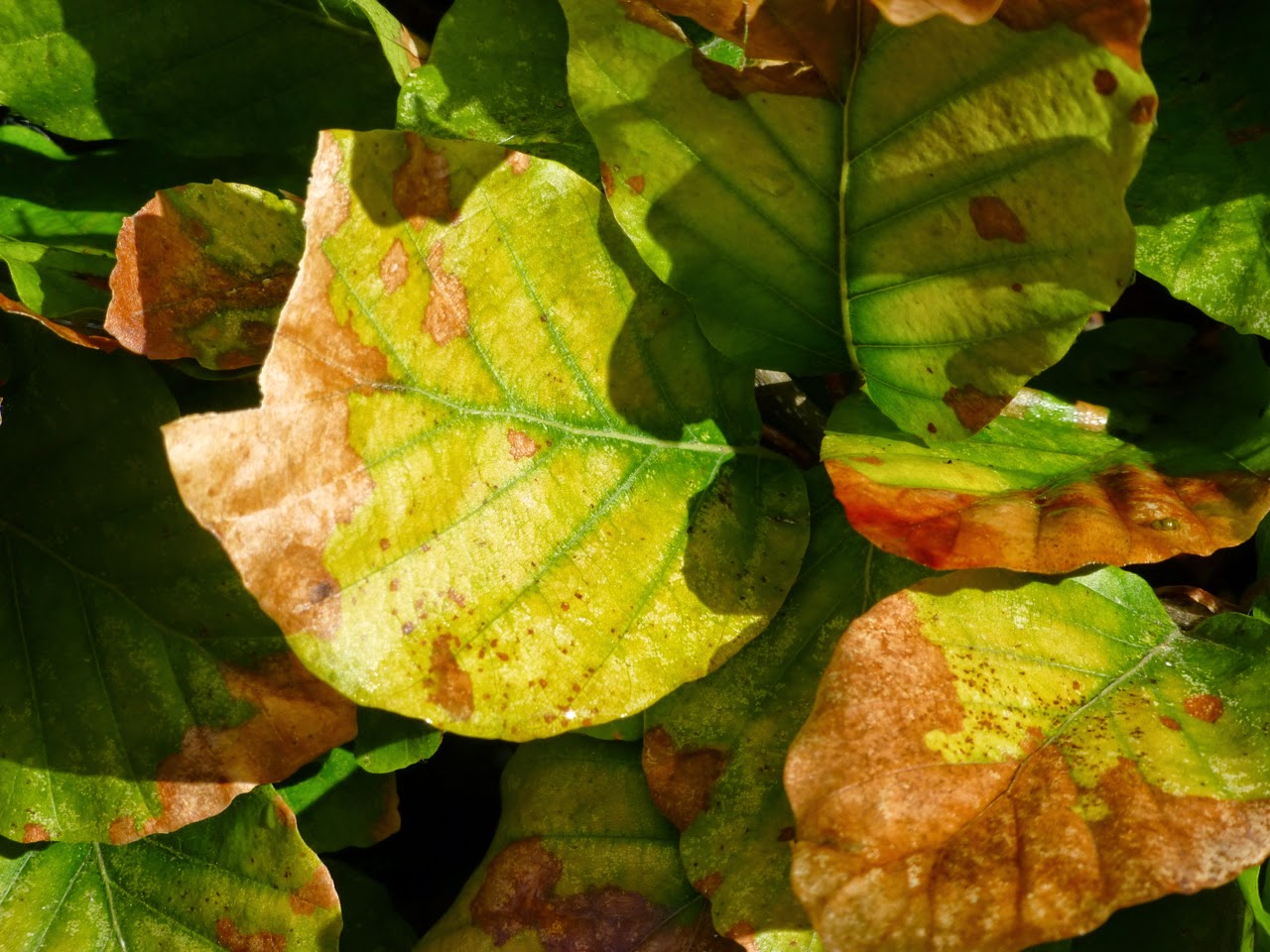 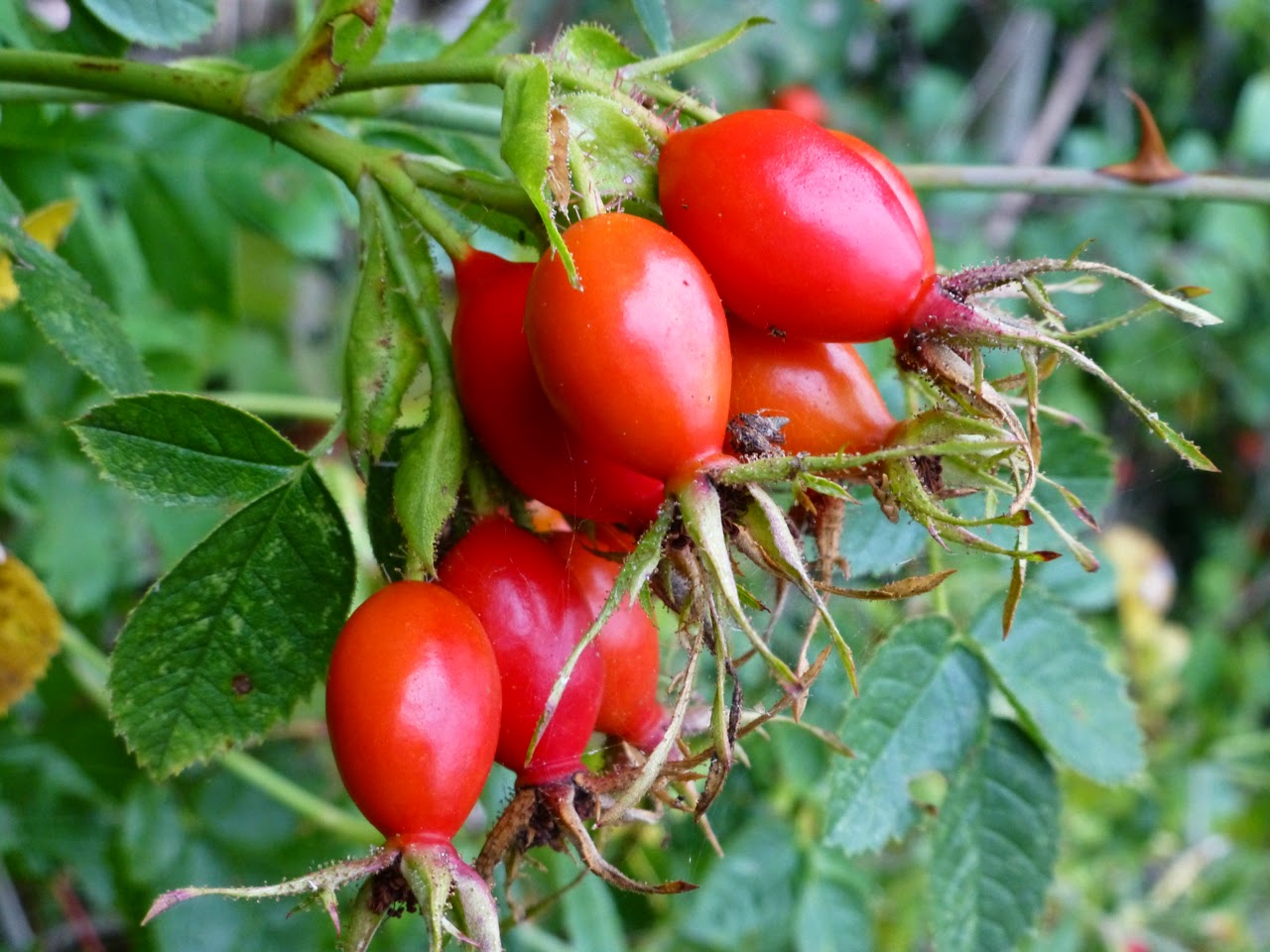 Wishing you all a gentle Autumn week
(especially if you feel, like me, that there are leaves on your lines!)

Posted by Thomasina Tittlemouse at 13:51