Knit One, Purl One, Drop Three

As anyone reading here for a while will know, I am not really a knitter. That's not to say that I can't knit. I can - the basic stitches, casting on and off, etc but anything with a pattern beyond the very simple has me on edge and even if the pattern is very simple it is still not beyond my powers to mess it up, big time.

Last year I managed to acquire via Ravelry a few balls of a most beautiful Elle Escapade yarn in a fabulous turquoise blue, flecked with pink and green. 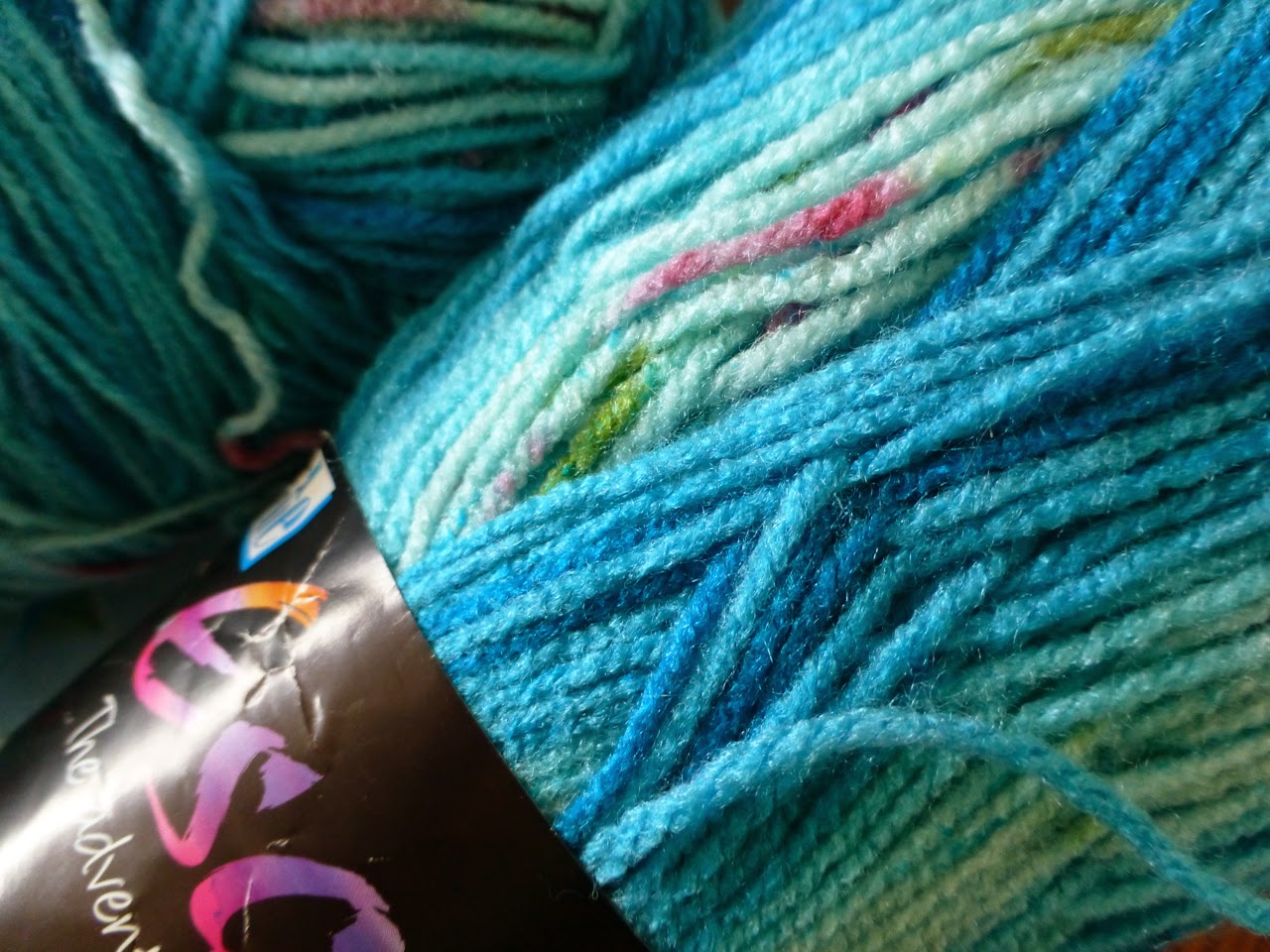 I'd seen the yarn featured in a pattern book but discovered it had been discontinued some years ago. It is a variegated, self-patterning yarn and the way the colours pool makes you think of summer flowers, beside a Mediterranean sea or against a summer sky. 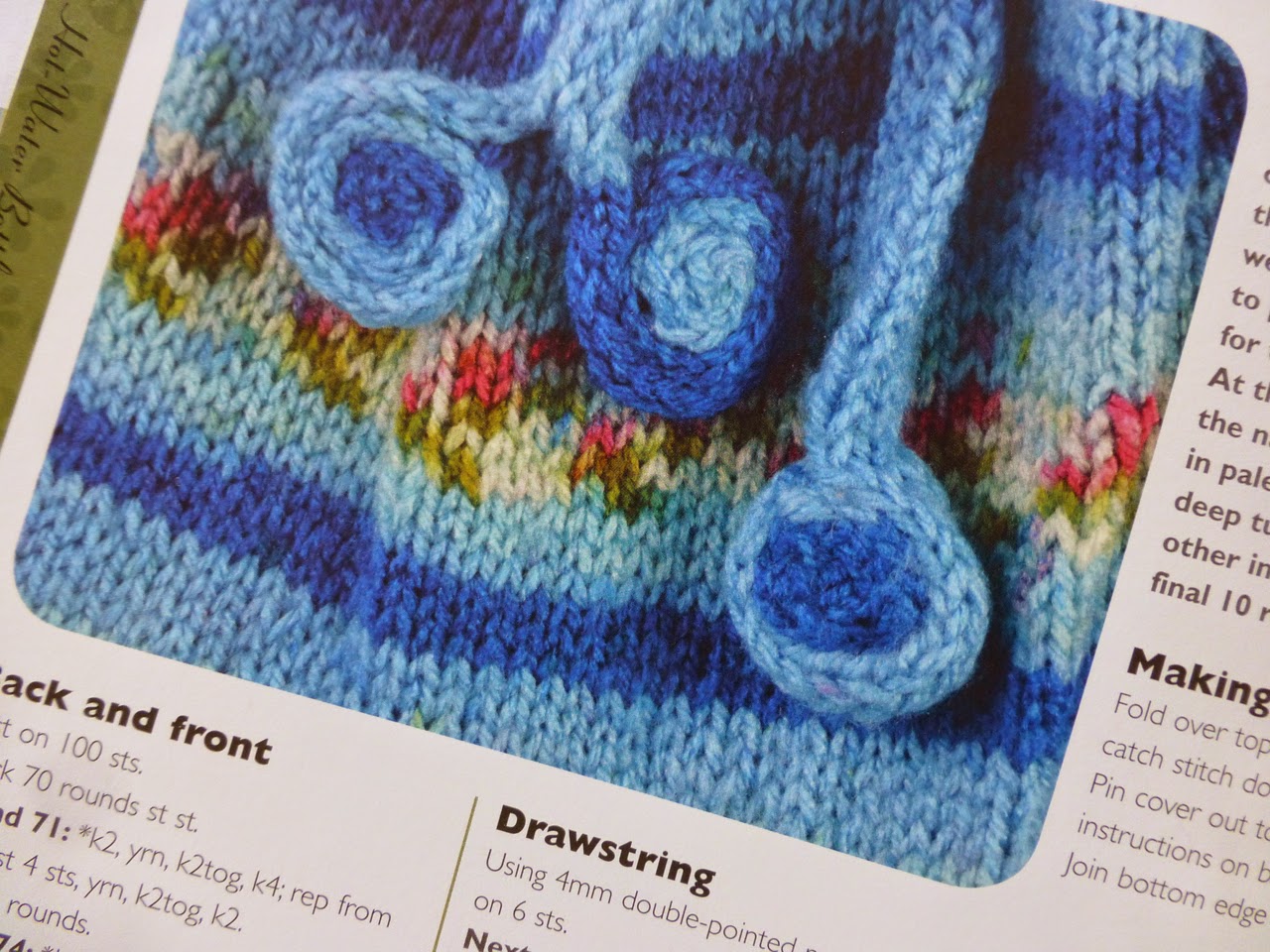 It's an acrylic yarn, which I don't especially like normally, but the colours were just too beautiful to worry about that. Thrilled with the results of my persistence in laying hold of this beauty, I wanted to use it in a knitting project because I loved the way the smoothness of stocking stitch showed off the  colours. I began a simple knitted cowl that had a border of seed stitch and involved knitting on a circular needle. A brilliant first time discovery, as far as I was concerned, finding, as all knitters of course know, that all I had to do when knitting on a circular needle to create stocking stitch, was use nice, easy "knit" stitches not those pesky, purl ones which I find trickier. I know, I know, I am late to the knitting party! Anyway off I went. Problem number one was that the seed stitch border kept curling up - I think I made it too shallow probably - but I said to myself, "Never mind that, it won't show in the end." And it wouldn't have done.

I knitted up about seven inches of this cowl and was mighty pleased with it - the colours pooled beautifully; the knitting was smooth and even; the stitches slipped off the needles, as and when they were supposed to, and all looked quite good. I didn't manage to finish it however, last winter and I parked it in a bag, to await completion. Thinking that, really I should finish it off, I got it out the other day and had a look at it. Yes, it really did look almost finished, just requiring may be a few more rows and then another seed stitch border at the top to finish. Bingo!

I thought I'd just try it on briefly to see whether it was deep enough and assess how much more was required. A bad idea. As in, a Really Bad Idea. Removing said cowl from over my head, the stitch marker I had used to secure the final two stitches in the round failed to prevent several stitches from coming off the needles and a shallow gaping hole greeted me where they had so recently been sitting so safely and neatly. Quelling a rising tide of panic at this ghastly sight, I tried to hook things back to where they should be both with the knitting needles and then using a thin crochet hook. But to no avail. Bad became worse. The hole went from what was originally a shallow, gaping gap to a great, gawping cavern and there was nothing for it but to undo the whole thing back to the beginning. There are no pics because I forgot to take any before embarking on the unravelling and even if I had, I don't know that I could bear to look them in the eye! I could have cried or thrown the whole thing out of the window or possibly both!

It has now begun life again from the safety of a crochet hook and simple, single crochet stitches. 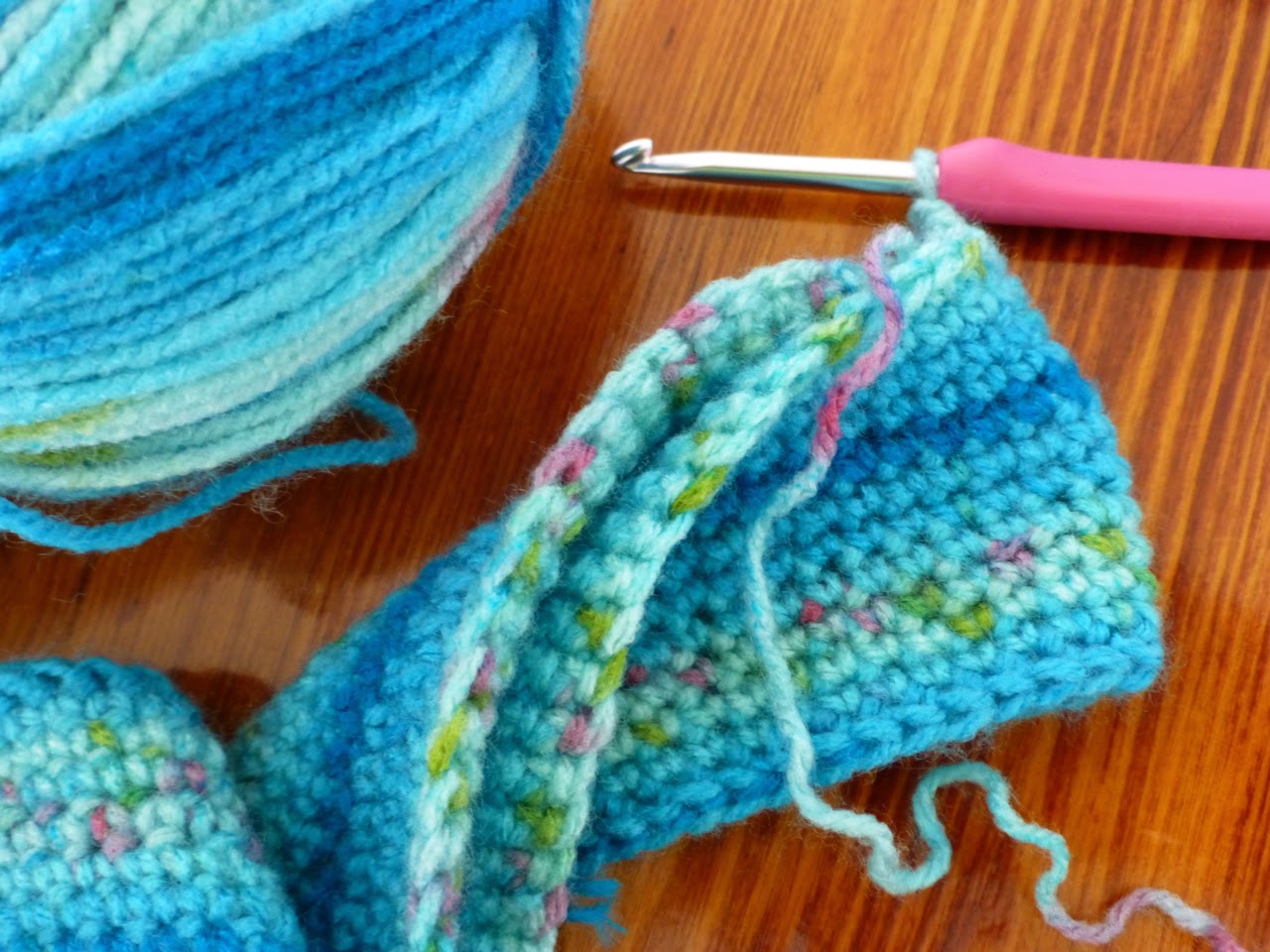 It doesn't have the lovely drape of the knitted stocking stitch but neither does it have a curly border and if I go wrong I can make good without unravelling for Britain. This is what I tell myself anyway. Secretly, I still miss the smoothness of the knitted fabric. May be I'll have another go with the second ball of yarn. Perhaps on something smaller where unravelling won't be so drastic if, (or rather when!), it's required. 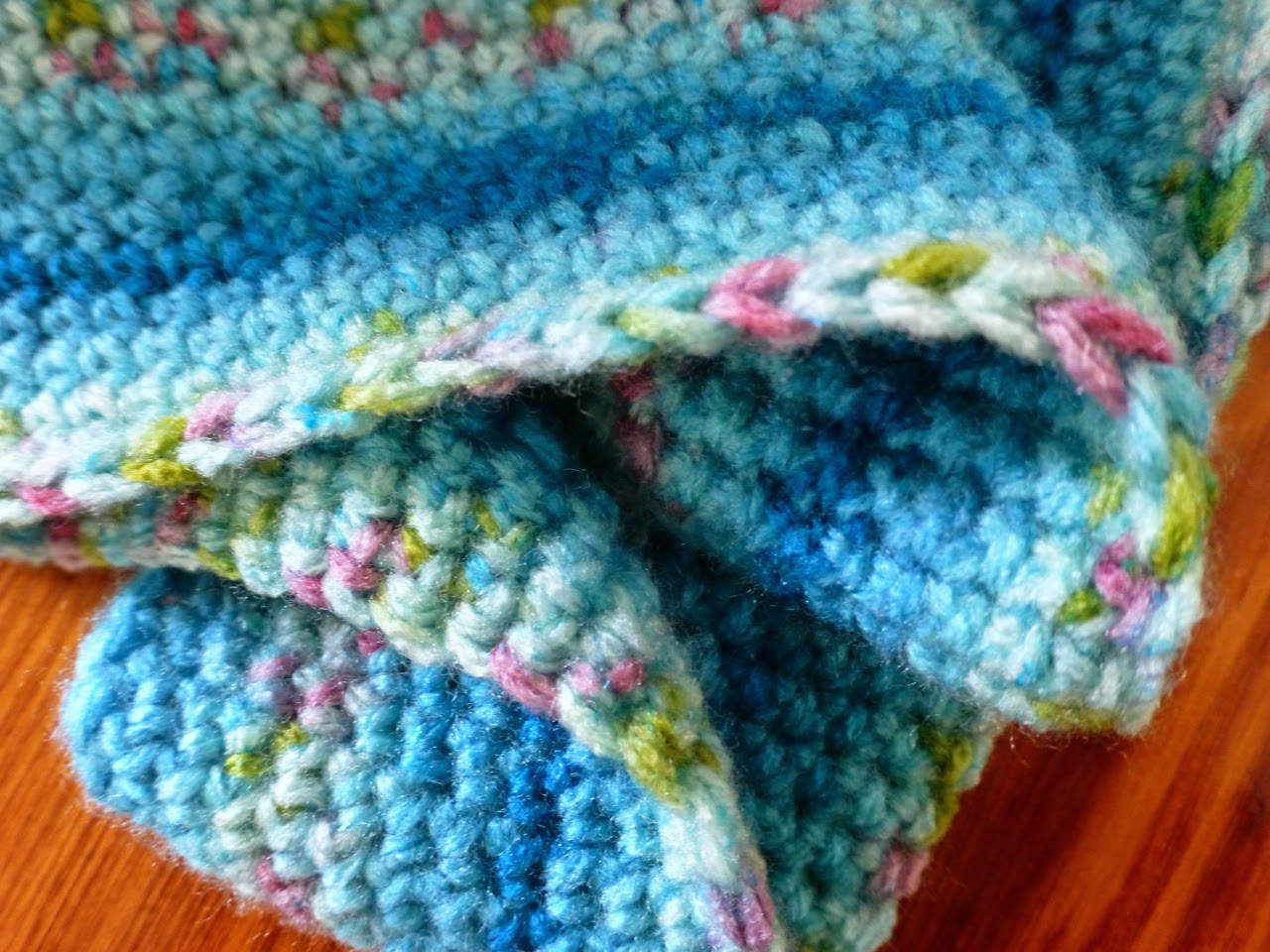 This is the second knitting "mess up" I've made in a week. A few weeks ago I was in my local haberdashery shop to pick up some new sewing-machine needles and a zip and there on the counter was the most delightful, knitted, tinsel hedgehog, together with a basket of tinsel yarn and the knitting pattern from which he had been made. Forgetting the zip and sewing-machine needles - who needs them when you might obtain the wherewithal to make a tinsel hedgehog?! - and assured by the lady behind the counter that the pattern was "really simple" I rashly bought both pattern and yarn. The yarn is King Cole Tinsel Chunky yarn, if you're interested and you can get it (and the hedgehog pattern) here.

The pattern is indeed fairly simple but the yarn isn't. It's basically tinsel, not yarn at all - beautifully sparkly and the knitted fabric it makes is amazingly soft and tactile. Delicious, in fact. 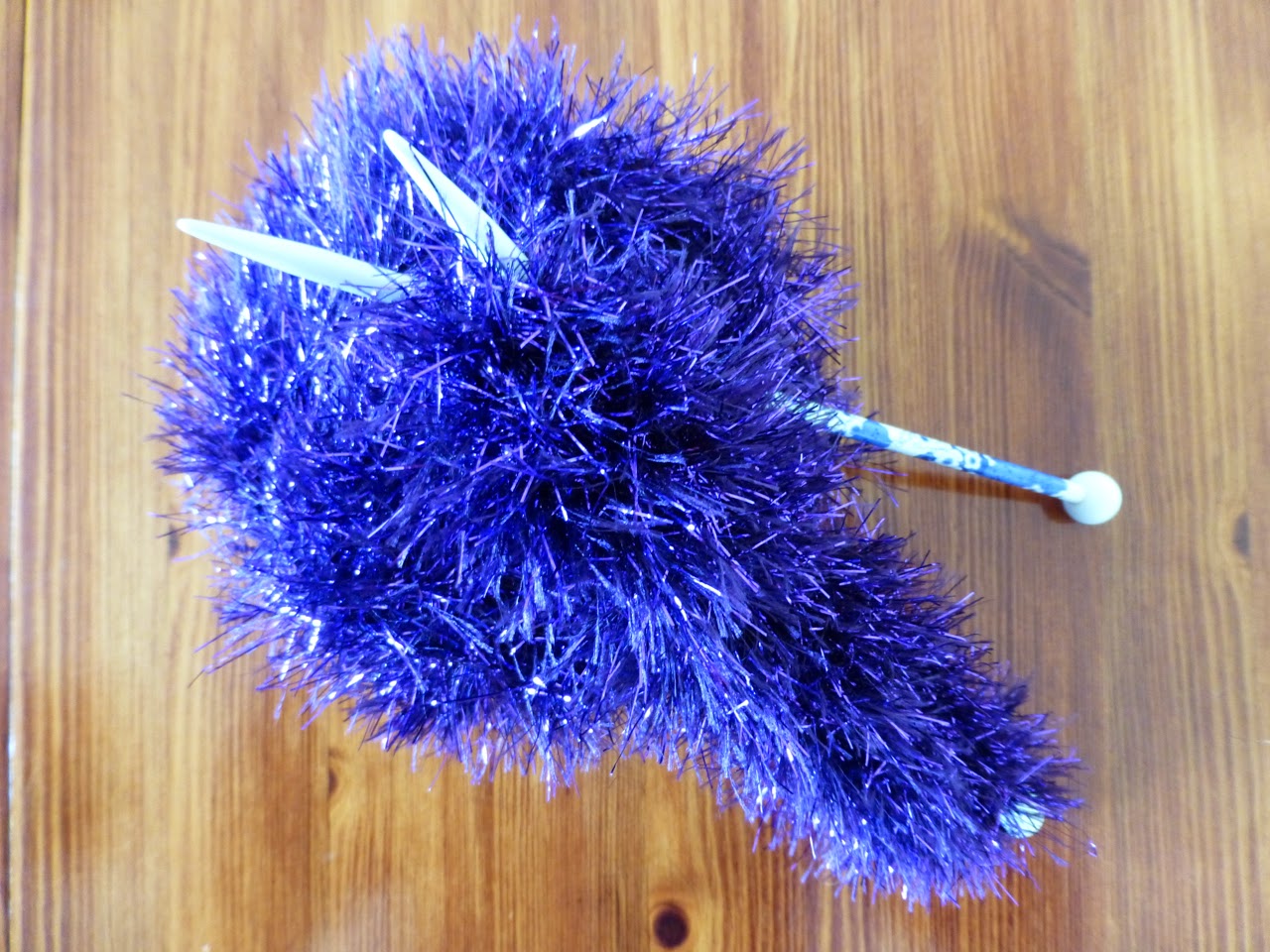 But because of the strands of tinsel, you cannot see the stitches once you've made them. 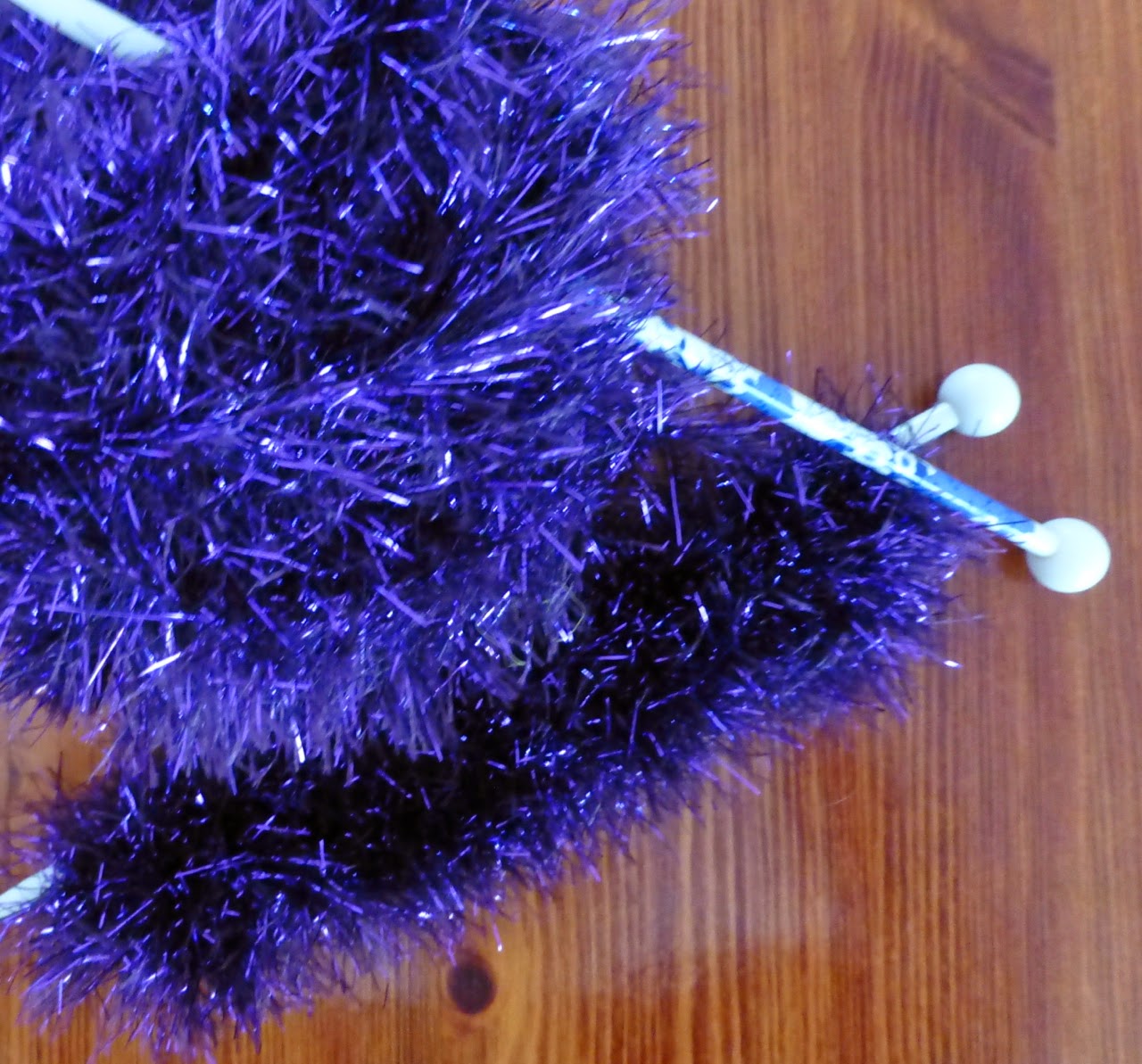 All went well until I'd nearly finished Hedgepig's body and then, lo and behold, of course, I dropped a stitch. I poked around a bit but, as above, bad became Really Bad and Really Bad became worse and Hedgepig developed an alarming rent in his body cavity that I could not make good in any shape or form. Unravelling the whole thing was the only option and beginning again. The second time of asking, I managed to avoid dropping any stitches but being unable to see the finished rows clearly, I got mixed as to which row was knit and which was purl. It's only in one place and I don't think you can see. This is Too Bad. I am not unravelling him again! 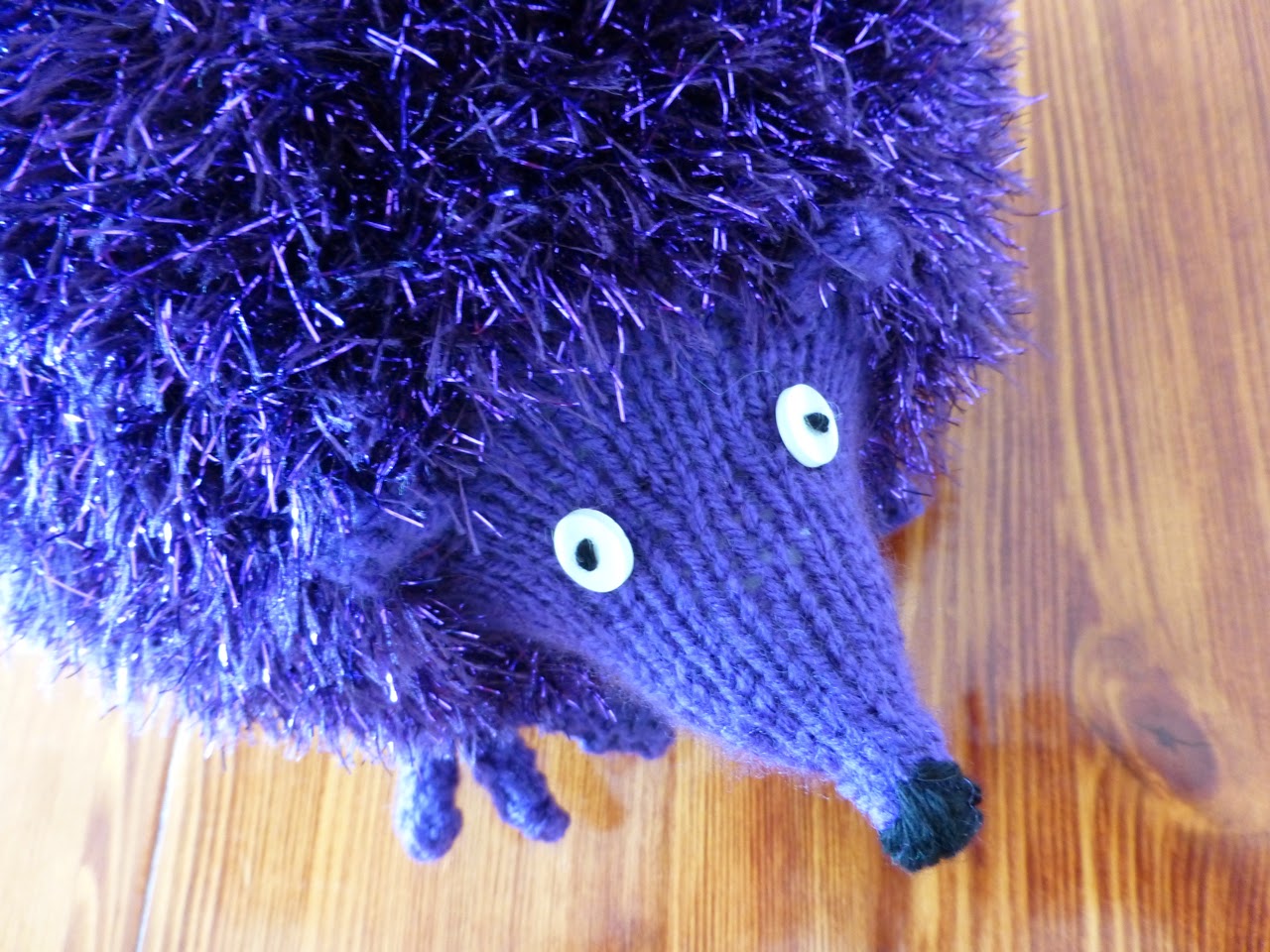 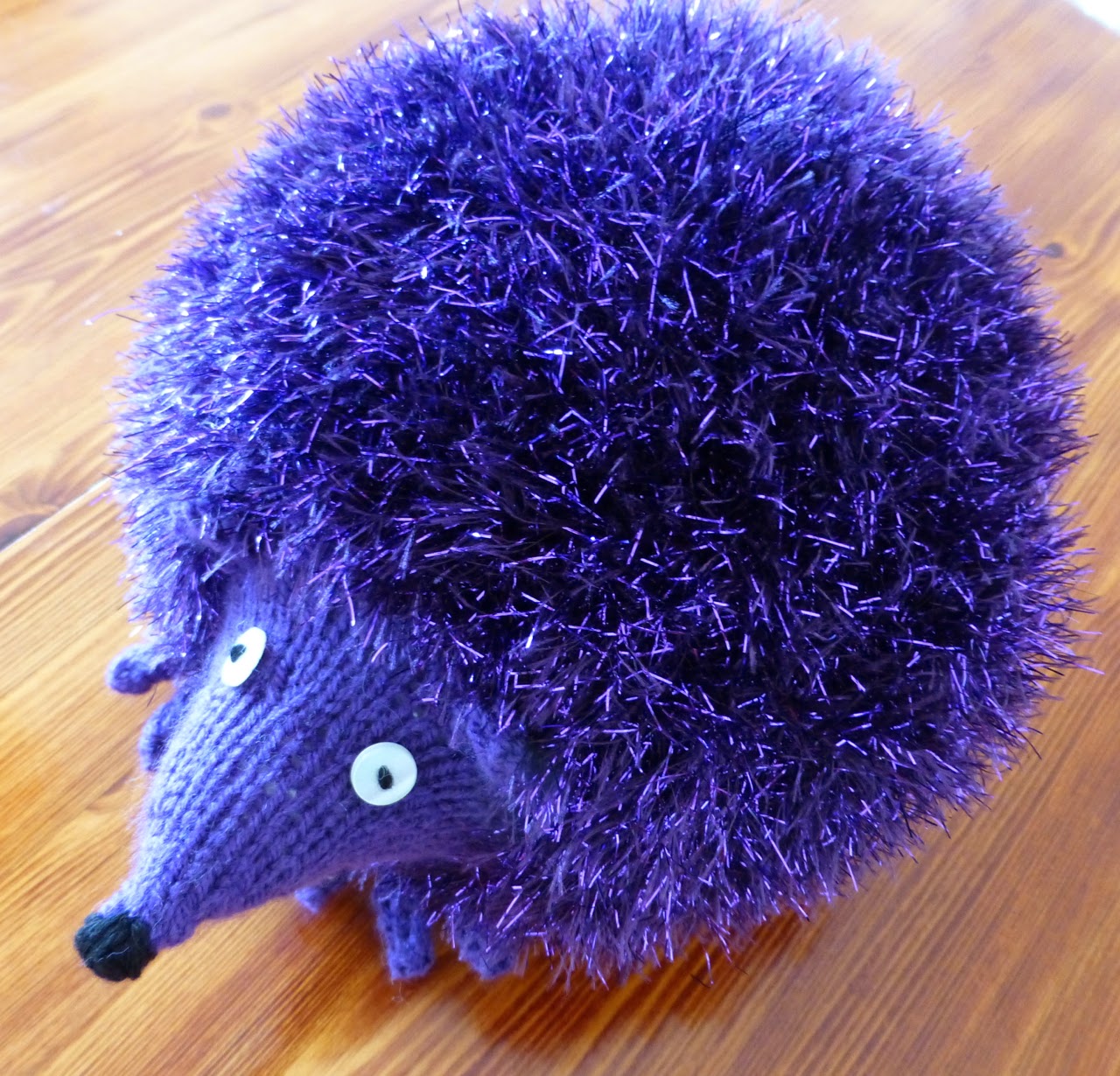 Perhaps I should leave the knit-sticks well alone. Perhaps there are ways to pick up dropped stitches that mean you don't have to unravel whole projects back to square one. Perhaps I will get less clumsy with more rather than less knitting practice. In the meantime I have about an inch or so of cowl instead of seven inches, a friendly Christmas hedgehog who will sit underneath the Christmas tree in due course and I am taking solace in finishing off hand-sewing the flowery panels on my denim jacket! Considerably easier than knitting, I have to say! 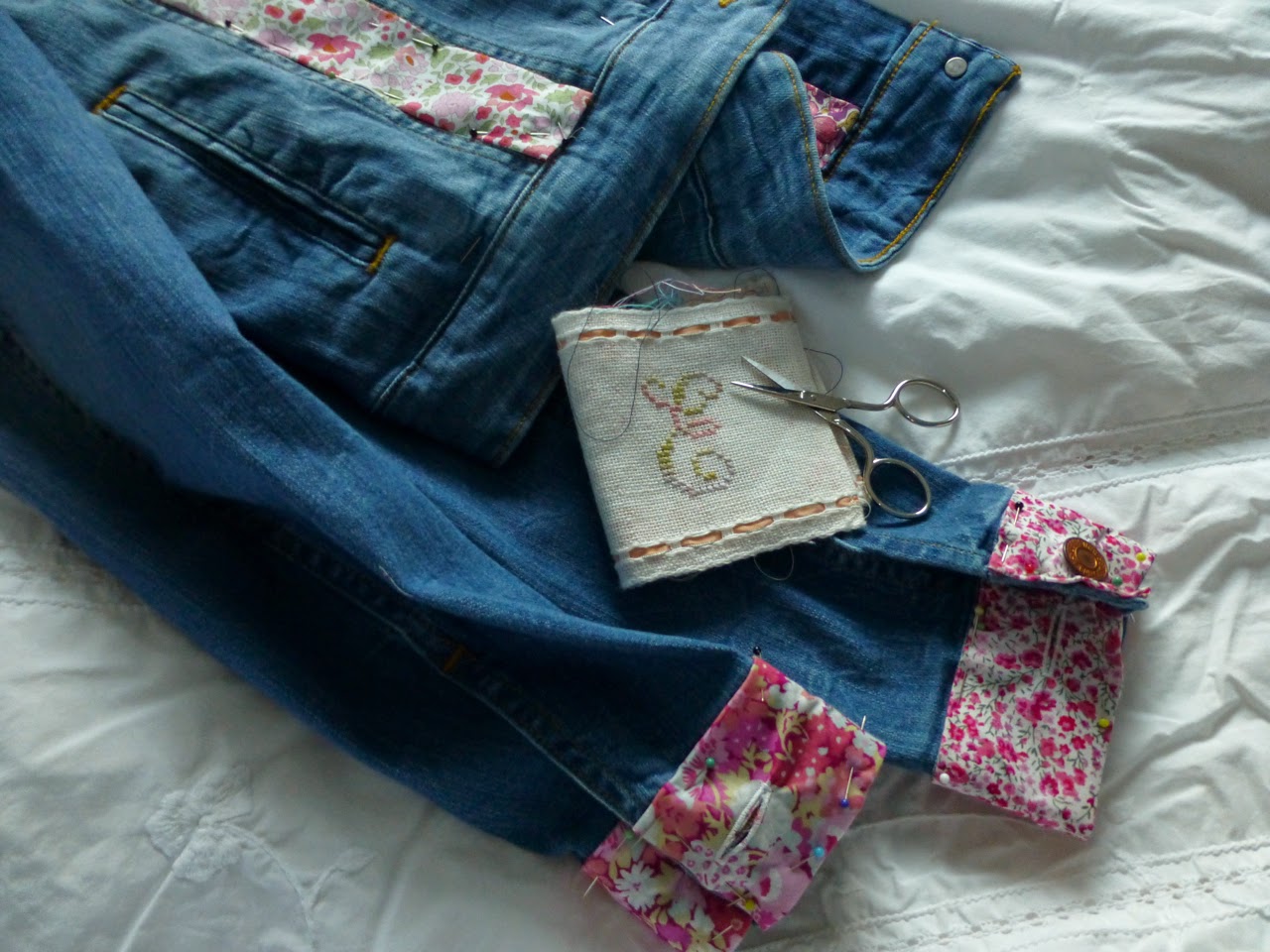 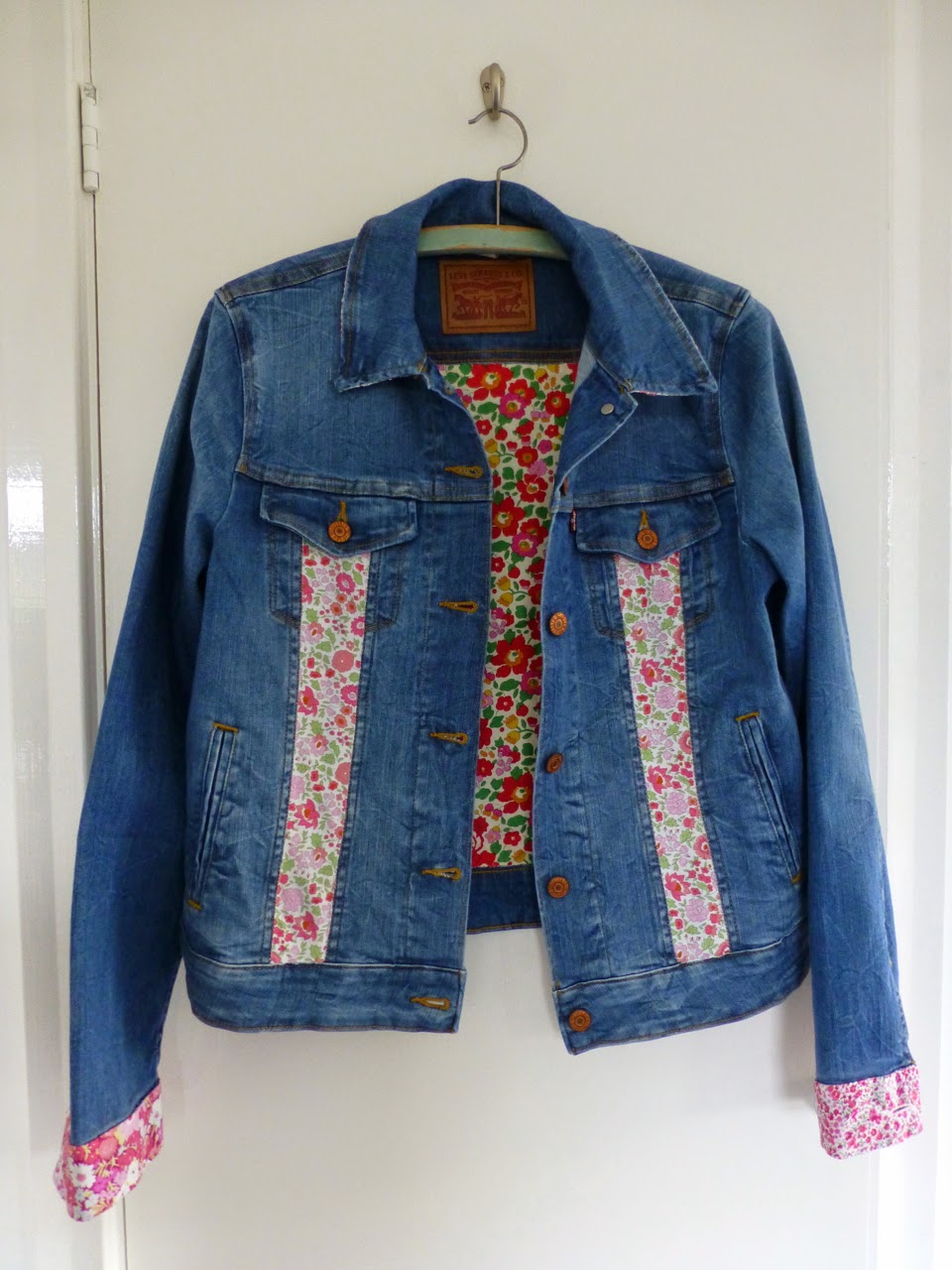 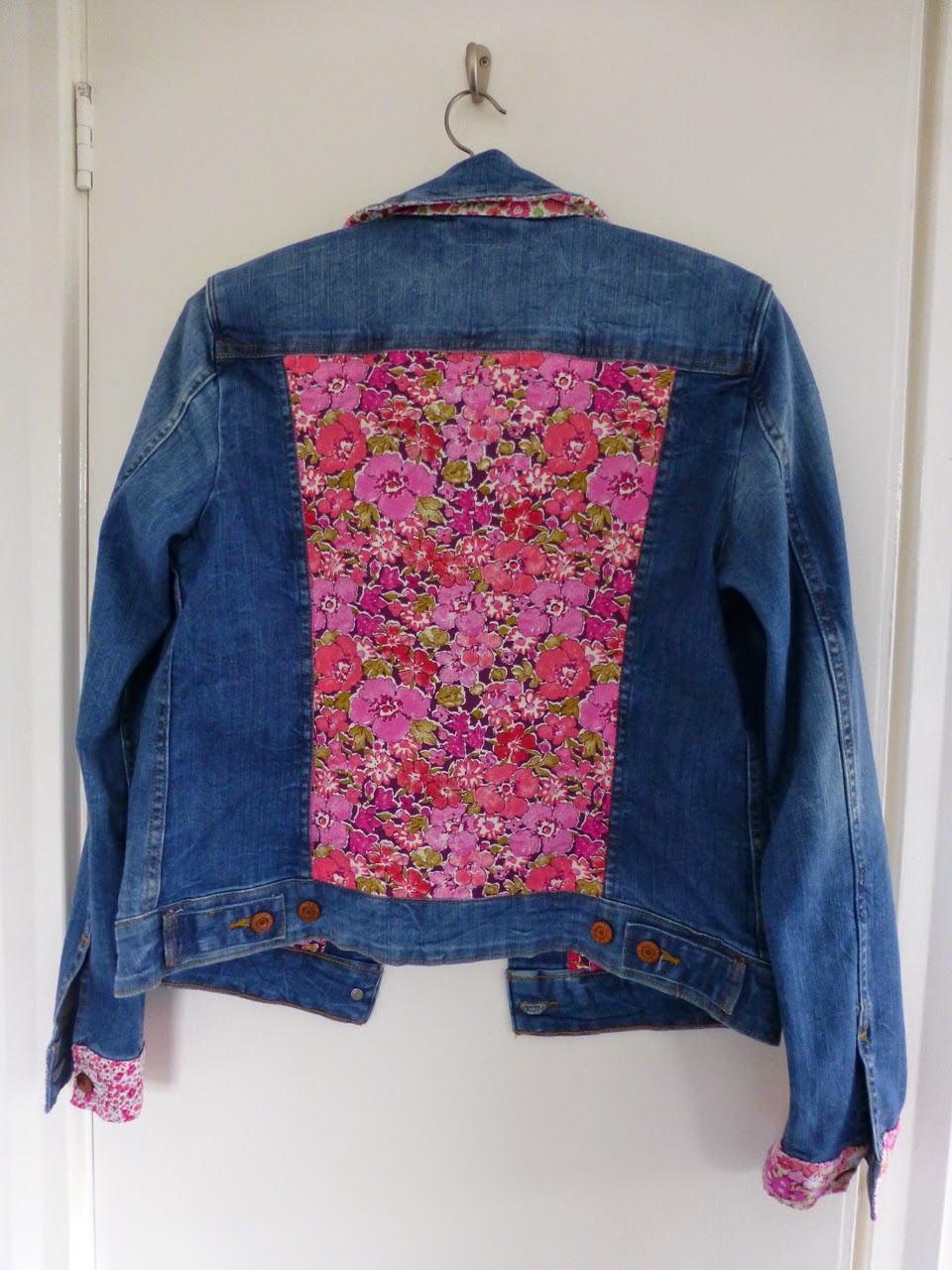 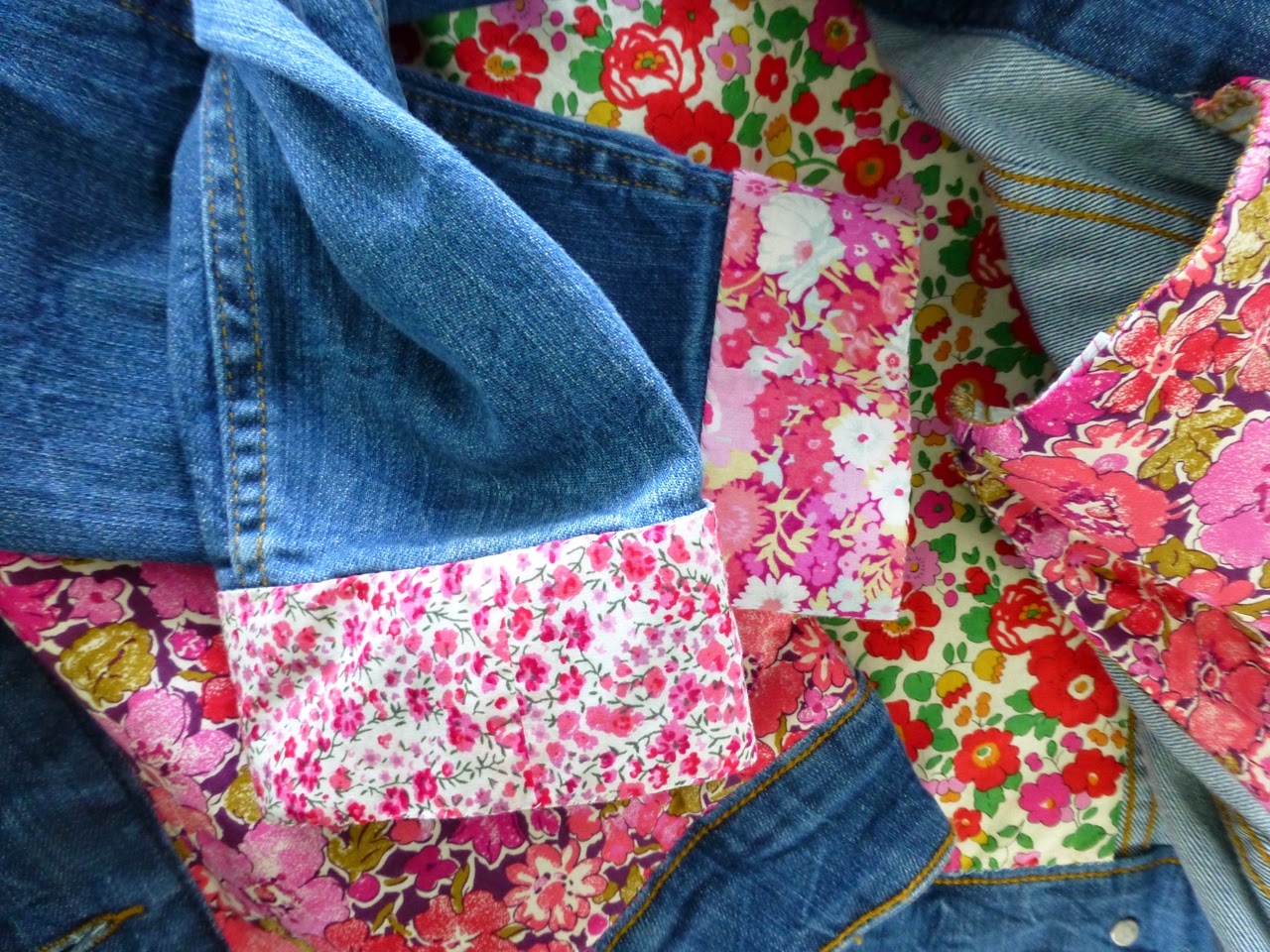 What do you skilled knitters out there recommend?

1 Leave the knit-sticks well alone, Mrs T, and stick to a crochet hook.

2 There is a way to pick up dropped stitches that even you, Mrs T, might manage without having to unravel everything.

3 Keep going - with practice, you will get less clumsy and drop fewer stitches, Mrs T.

If you happen to feel like commenting, let me know which option you recommend! If it's number 2 and you have a patent method you can point me too, lead me to it please!

In the meantime Christmas Hedgepig is keeping hold of the circular knitting needles and he's probably safer with them than I am! 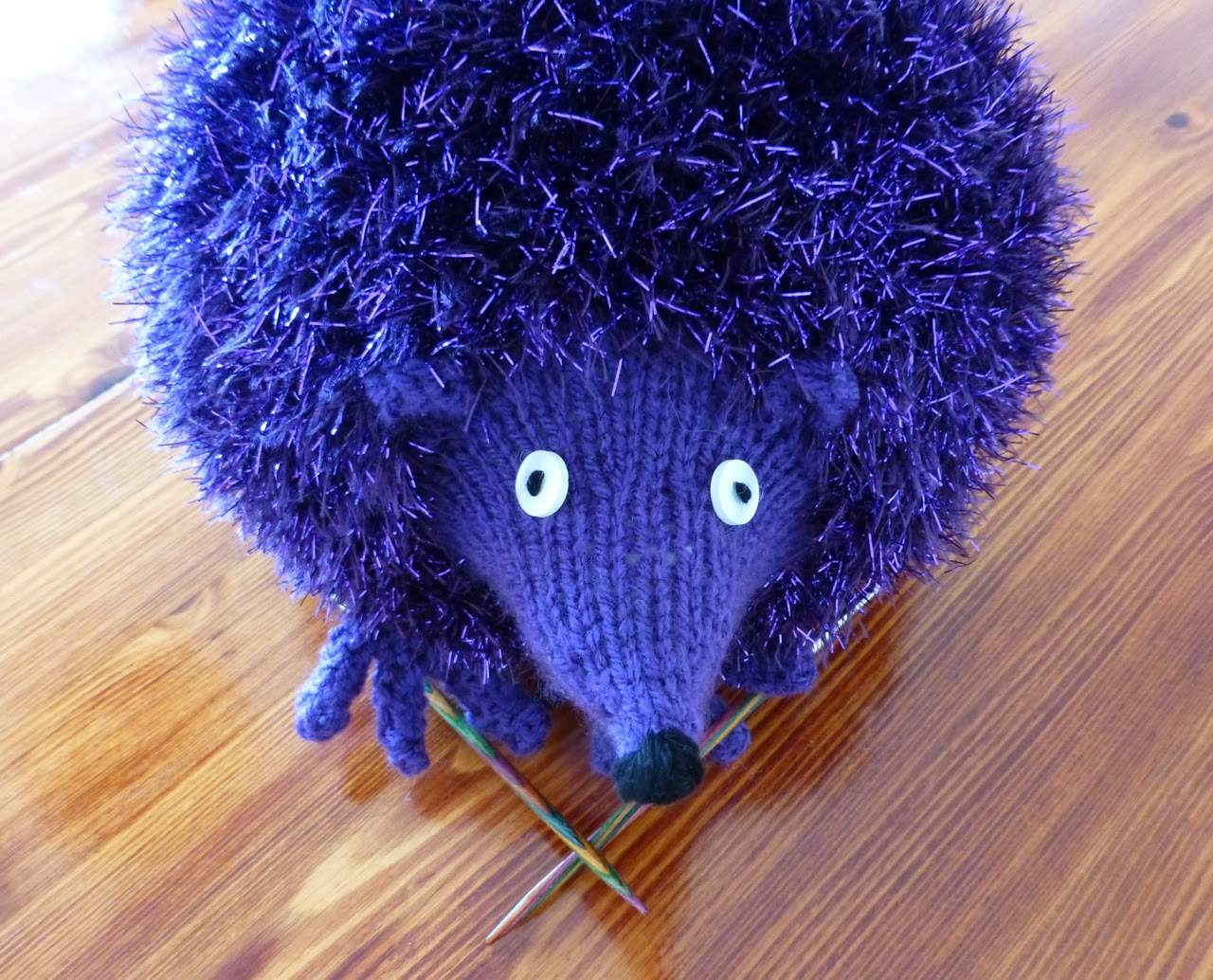 Here's hoping for a weekend with not a single stitch of unravelling!

Posted by Thomasina Tittlemouse at 14:56